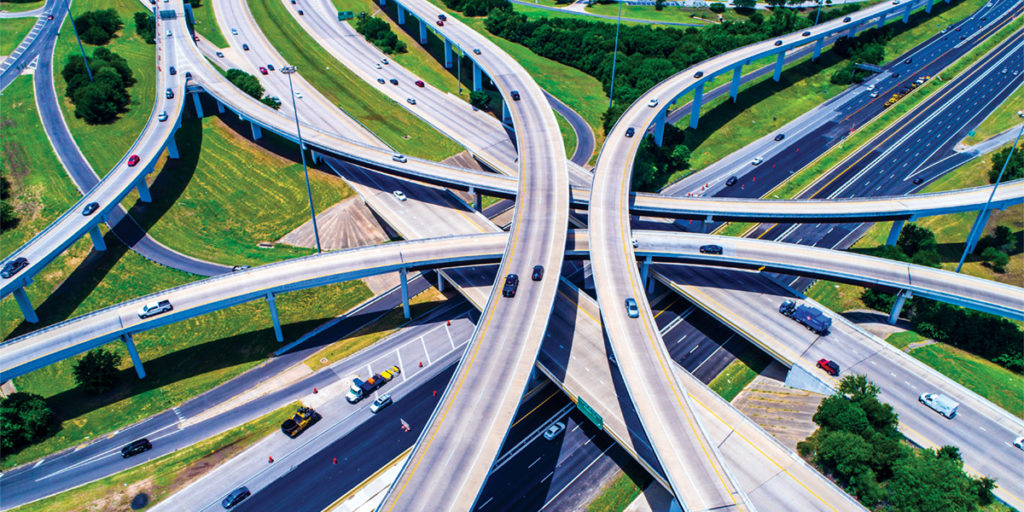 The City of Champaign, Illinois (population 88,000), where I have worked as the Planning and Development Director for the last 31 years, maintains a 10-year Capital Improvement Plan (CIP) and updates it annually to ensure we are addressing the highest priority infrastructure projects. This is a process that requires a considerable commitment of staff time as well as energy and focus from our City Council. This is an effort that the City is committed to because of the firm belief that investment in maintaining and expanding the City’s infrastructure is critical to the City’s success as a growing and developing community. One aspect of this is the importance of making routine investments in our infrastructure to extend its life to the extent possible. A few years ago, the Government Accounting Standards Bureau began requiring that a value be established for a community’s infrastructure. In 2017 the value of the City of Champaign’s infrastructure as reported in the City’s Comprehensive Annual Financial Report (CAFR) was $213,221,286. Imagine any local government not doing all it can to protect assets worth over $200 Million by adequately planning for the future of those assets.

A second part of why this is so important is the economic impact that results from having quality infrastructure. This is true of all the City’s infrastructure systems, but in particular it is true of the City’s transportation network. According to the Rebuilding America report issued by the American Planning Association in 2010,

“In many ways, transportation infrastructure forms the backbone of the U.S. economy and our quality of life. Economic activity is dependent on an efficient and well-maintained system of roads and highways, bridges, rail lines, sidewalks, paths, and transit. Continued investment in our Nation’s transportation is essential to keep our economy growing. But the current system is at a crossroads: roads and highways are aging, maintenance needs continue to grow, costs of maintenance and new infrastructure are increasing, and revenue levels have remained generally flat. The challenges are manifested at the national level, where according to the American Society of Civil Engineers (ASCE) transportation infrastructure receives an overall grade of C-minus. In addition, congestion costs have crept past $85 billion per year, and the estimated cost to repair and upgrade the current system is $225 billion per year. Local jurisdictions also face challenges, with increasing expenses for pothole repair and other maintenance, while their budgets become tighter. These trends have spurred calls for a substantive change in how we treat transportation infrastructure at all levels.”

Four years ago, the Champaign City Council struggled with the reality that as a result of budget cuts that occurred during the years of the great recession, the City was underfunding upkeep of its street system resulting in a steady decline of their condition. In a difficult debate the Council ultimately passed a four cent per gallon local motor fuel tax to create a revenue stream to rectify the situation both with the intent to be able to direct fund needed improvements, as well as to have the funding necessary to meet local match obligations to pursue grant funding. The deciding vote on this difficult decision came from a City Councilman who was typically very conservative on decisions to raise taxes, but who as a local realtor had heard the reaction of out of town clients looking to buy a house in our community to the declining condition of our roads. In the end he recognized that there is a price to pay to maintain quality of life in a community and that consideration outweighed a general public dislike of taxes.

The Boneyard Creek that flows through the area had a long history of flooding the area and virtually all of the properties in the district were either in the floodplain, or in some cases even in the FEMA designated floodway. Green Street, the major artery that runs through the area was a four-lane street with narrow sidewalks and poor drainage.

The Chancellor of the University of Illinois at Urbana-Champaign came to the City expressing concern over the impact of the declining condition of this commercial area that adjoined the U of I campus on student decision to enroll at the UIUC campus. Starting in 2002, the Champaign City Council made a series of decisions leading to a significant investment in the Campustown infrastructure. Around $50 million of investment was made in a series of flood control projects for the Boneyard Creek resulting in the area being removed from the FEMA designated floodplain and floodway.

Approximately $30 million ($15 million of which came from a Federal TIGER grant) was invested in rebuilding Green Street as a three-lane and two-lane street which prioritized the pedestrian environment and included attractive streetscape amenities. In the years since the City began this process, private reinvestment in the Green Street corridor has been valued at over $600 million. None of this investment would have occurred without the City first investing in the area’s infrastructure making it an attractive target of private investment.

This is just one of several examples of why investing in the City’s infrastructure is so important to the City of Champaign. I believe it is a key reason that Champaign is one of the only communities in the State of Illinois that continues to grow. This conscious investment in our infrastructure is a key strategy in the City’s efforts to promote economic development and private investment in our community. This includes having a transportation system that allows today’s employees to get around our community via multiple modes of transportation… car, bus, bike or as a pedestrian, which we know is an important factor in creating a livable community. Businesses make locational decisions based on where their employees want to live, and the quality of life they will experience there and a City’s infrastructure plays a key role in that quality of life.

In my 40 plus years working as a City Planner I have had the good fortune of working for communities that valued planning for their future and saw positive outcomes as a result. During my term as the President of the American Planning Association I had the opportunity to travel the country and the world talking about the positive impacts of planning on the quality of life and economic development of communities large and small. The Rebuilding America and Sustaining Places projects were two initiatives of the organization that I had the chance to work on, both of which spoke to the value created by investing in planning and quality infrastructure to create places of lasting value. During my tenure as President, the organization also implemented the Great Places in America program As APA states on its website, “APA’s Great Places in America program recognizes the streets, neighborhoods, and public spaces in the United States demonstrating exceptional character, quality, and planning — attributes that enrich communities, facilitate economic growth, and inspire others around the country… Since launching the Great Places in America program in 2007, APA has recognized 303 neighborhoods, streets, and public spaces located in all 50 states and the District of Columbia. Designees are selected annually and represent the gold standard for a true sense of place, cultural and historical interest, community involvement, and a vision for the future.” As is evident from the categories, much of what makes these places great revolves around the quality of the infrastructure that was built to support the vision those communities had for their community. In the end, having a strong vision for your community, and a commitment to investing in the infrastructure that supports that vision is what sets some communities apart from others and makes them great places in which to live, work and play. •