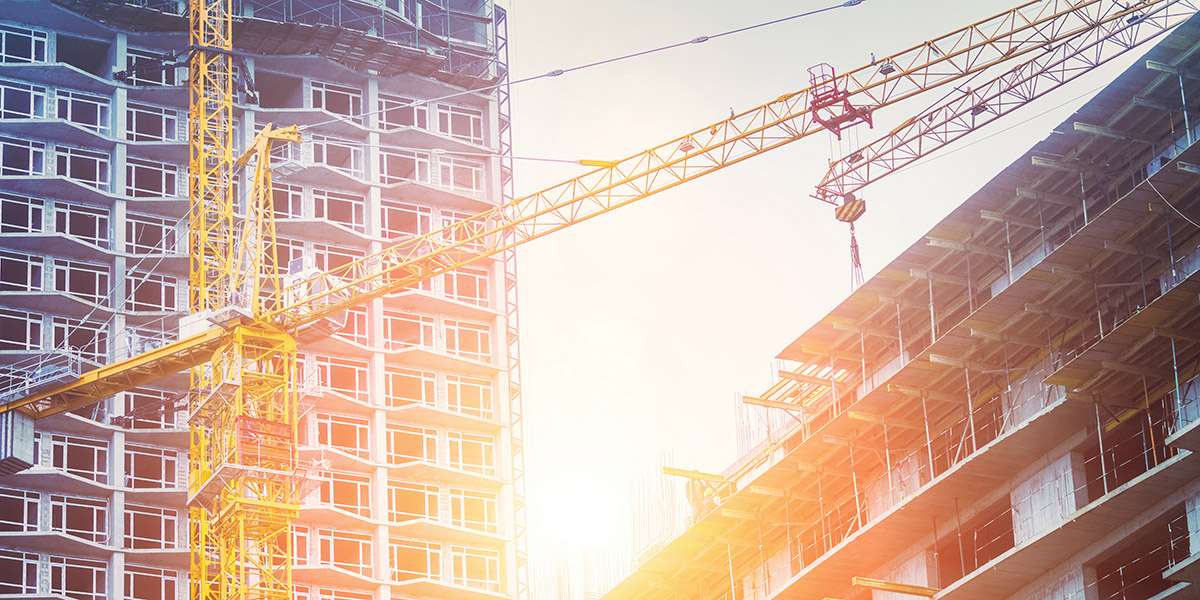 The Turner Building Cost Index – which measures costs of non-residential building construction in the United States – is up nearly 6% year-over-year as of third quarter 2018, on pace for the highest annual increase in a decade. Strong construction activity has certainly played a role in driving up costs, but the shortage in skilled labor and escalating trade tensions appear to have exacerbated the situation. This article will highlight some of the implications for the commercial real estate markets given the current construction cost outlook. 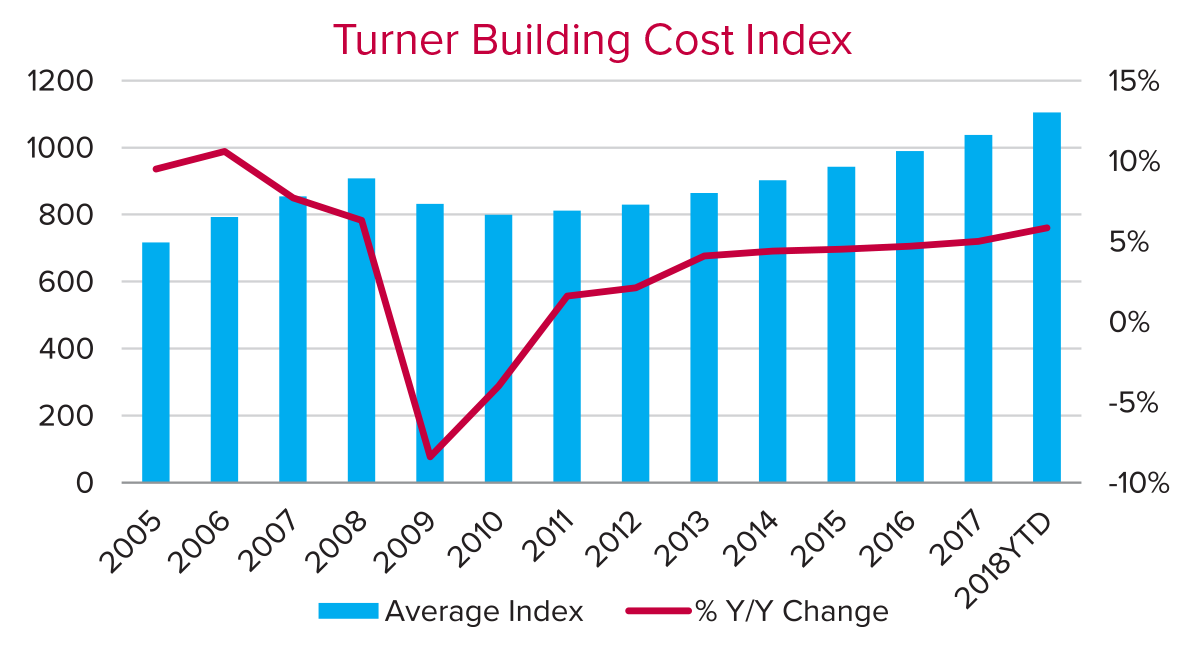 The U.S. construction labor pool lost nearly a third of its workers in the aftermath of the Global Financial Crisis (GFC), spurring higher project development costs. According to the Bureau of Labor Statistics, the number of construction workers has yet to return to its pre-recession peak, and tight labor conditions are likely to persist given supply pipelines are near record levels, or cycle highs, across all major property types. Nearly 60% of contractors reported a skilled labor shortage in the U.S. Chamber of Commerce’s most recent commercial construction survey as of third quarter 2018. The robust employment market seems to have compounded the labor shortage, as the unemployment rate fell to 3.7% in the second half of 2018, the lowest in nearly 50 years. The dearth of skilled workers may be the employment market’s most significant challenge today, as tightening labor conditions could ultimately limit economic growth, and thus real estate supply, in the years ahead.

No one can say with certainty what a full-on trade conflict would mean for the global economy in general or commercial real estate, but even this early, the implications are troubling. Already investors have concerns regarding the cost of raw material imports like aluminum and steel, which have been subjected to 10% and 25% tariffs, respectively. Anecdotal evidence suggests some markets saw an instant and substantial increase in the price of aluminum, upwards of 10–20%. Market participants also observed a similar rise in steel (around 10%). In an environment where asset and land prices are already near record highs, some development projects are no longer feasible given the increased material costs, thus creating a headwind for supply growth should this situation persist or worsen. On the other hand, constraints on supply would generally have positive implications for rents and the values of existing assets.

Ultimately, investors have limited power to affect change regarding both previously described factors. Therefore, such unwieldy issues are likely to continue to influence investment conditions. While it is difficult to quantify how commercial real estate markets will respond, early signs suggest supply growth could moderate in the near term, as investors reassess which projects are viable given the accelerating of construction costs. •