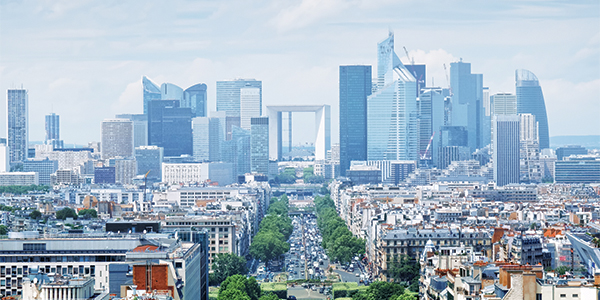 In the aftermath of the Global Financial Crisis, unprecedented quantitative easing policies and record low policy rates created an abundance of liquidity or a “wall-of-money” into financial markets. Commercial real estate has not been an exception and has matured into a widely accepted financial asset type in the multi-asset investment portfolios of most national and international investors. 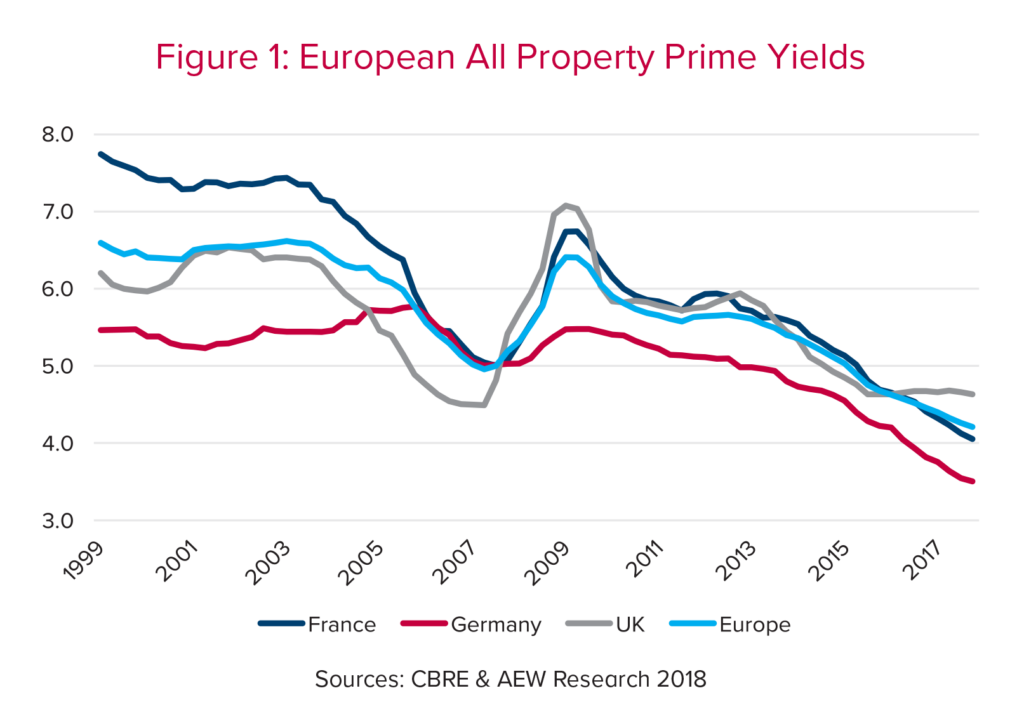 Over the last eight years, European investment volumes have recovered, then peaked in 2015. As a result, prime property yields or cap rates across five core European markets compressed from around 6.5% in 2009 to a record low of just above 4% in 2014 (see Figure 1). Because of this, investors are fully justified to question if there is still good value in European direct real estate. The simple answer to this is that real estate is expensive in absolute and historical terms. However, in an increasingly interconnected world where multi-asset investors become ever dominant, valuations are relative. Multi-asset investors do compare real estate to other asset classes to determine its relative value. Therefore, the more appropriate answer to the question has to involve comparing direct real estate with other asset classes, including stocks, bond and REITs. Only by following this approach can we really understand relative value.

Therefore, we implement a straightforward approach and introduce a so-called Z-score methodology to construct our European Relative Value index.1 This index is based on the equal weighted comparison of the following three variables: (1) prime property NOI multiple vs. corporate earnings multiples for stocks; (2) prime property yields vs government bond yields; and (3) premium or discount to NAV prices. Each is compared to its historical average through its Z-score, so as to take into account any historical bias from investors. Our methodology is similar to that adopted by our U.S. colleagues, as far as our data allowed. 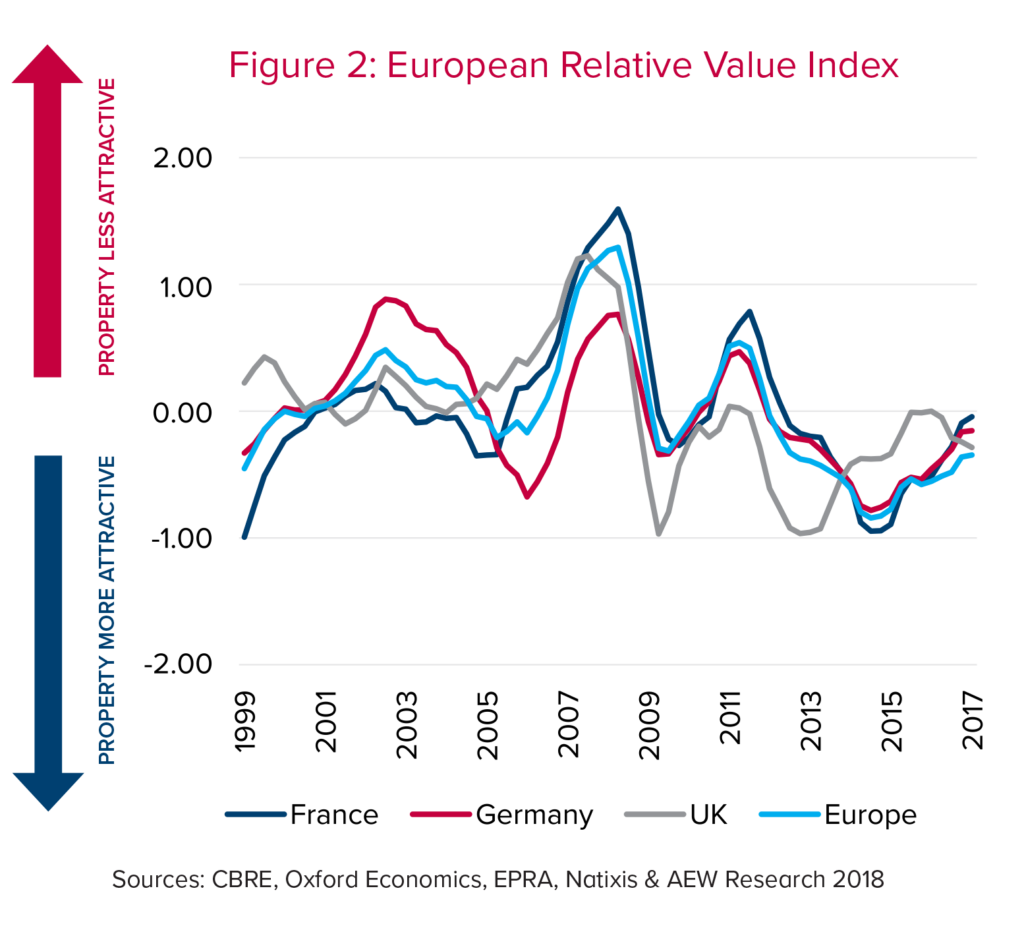 When comparing the results of our index for Q4 2017 in more detail, UK prime property is slightly more fairly priced than markets such as France and Germany (see Figure 2). We could already see this from the divergence in yield movement since 2015 in Figure 1. Based on our index, the UK was less favourably priced before the Brexit-referendum, but this has reversed since then. The inverse was the case in France and Germany, as yields continued to tighten after the Brexit vote.

What does this mean for relative value going forward? Our index is not designed to really answer this, as we do not forecast REIT NAV discounts, government bond yields or stock earnings multiples. The answer is complicated as events that shape the future are not only difficult to predict, but are also interrelated — i.e., if bond yields widen, stock multiples could easily rise. However, when we do a yield normalization simulation under the assumption that everything else is equal, it does not change our results significantly as European real estate will still be fairly priced. Finally, when looking at the downsides we see less risk in the European markets compared to previous cycles, as new supply of space is more subdued and leverage has remained more modest on the back of stricter bank regulations. •

Dennis Schoenmaker, Ph.D., is a specialist in real estate economics. He joined AEW in 2017 as an associate in the Research & Strategy team, focusing on the pan-European commercial real estate market.

Hans Vrensen, CFA, CRE®, is an AEW managing director heading the European Research & Strategy team. He is a seasoned analyst in the international commercial real estate and capital markets with over 25 years of experience.