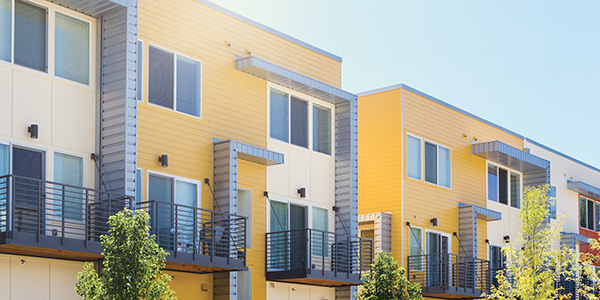 The U.S. multifamily market remains healthy even 10 years into the recovery/expansion period. The key driver is demand. Multifamily demand is very strong and, even in a climate of elevated construction activity, net absorption continues to outpace new supply leading to favorable vacancy and rent growth performance.

The multifamily supply-demand fundamentals reveal peak and essentially balanced activity. Net absorption over the four quarters ending Q1 2019 totaled an impressive 285,800 units, higher than the 266,700 units delivered over the same period. Both figures were down slightly from 2018 where the demand total hit the high-water mark for this cycle (317,000 units). Completions in 2018 were slightly under the 277,000-unit cyclical peak reached in 2017.

Many years of high levels of building activity in urban core submarkets has led to pockets of softness around the country. Yet, the silver lining in current construction activity is that development is more diffused geographically in most markets; more suburban product is being delivered now (relative to urban), and the suburban submarkets are better positioned to absorb the new supply.

Demand remains strong for many reasons.The nation’s sustained economic expansion continues to contribute to job opportunity, consumer confidence and wage growth – all important to the multifamily market. Many significant lifestyle trends have also contributed to high multifamily demand. These include delayed marrying and starting families (traditional trigger points for buying a home), preferences for urban living and preferences for flexible housing tenure (not tied down due to a mortgage). The third major factor is the cost of homeownership; it is still out of reach for a high percentage of renters. With over 60% of millennials at least 30 years old in 2019, outmigration to homebuying is increasing and a trend to watch closely. Nevertheless, this migration, so far, remains moderate, and not one likely to significantly erode multifamily demand.

For Q1 alone, both deliveries and demand slowed, but the longer-term trend of peak level performance is likely to be sustained. The under-construction and starts data indicates that completions in 2019 and 2020 will probably reach or exceed the 2017 completions peak. There are currently 635,000 multifamily units under construction, the highest level for the cycle. Longer construction periods are keeping new developments in the under-construction number longer, but the high figure also reflects a very active pipeline. Furthermore, both permitting activity and construction starts remain high.

Multifamily vacancy fell by 20 bps year-over-year to 4.6% in Q1. For the past six quarters, the vacancy rate has fallen on a year-over-year basis, reversing the trend of slightly rising vacancy in 2016 and 2017. The multifamily sector’s vacancy rate has remained under 5% for the past five years.Monthly effective apartment rents averaged $1,669 per unit in Q1, up a solid 3.0% from the prior year based on “same-store” comparisons.

Housing Affordability is Not Just a Multifamily Problem

Since the market trough in Q4 2009, multifamily rents have risen by 35.3% or an average of 3.3% per year while wage levels have risen on average 2.1%. However, a contributing factor to the rise of rents is the “value-add” redevelopment activity, robust especially over the past six years. This activity has helped improve the quality of the nation’s multifamily stock and given longer life to many of the older communities.

The housing affordability discussions also make it clear that multifamily housing must be analyzed within the context of the entire housing market. The decline in housing affordability also stems from the rise of single-family home prices which have climbed annually by 5.2% since the recession. In addition, over the past decade, housing construction (single family and multifamily) has not kept pace with household formation. In the 2010s, U.S. household formation has averaged 1.04 million per year while new housing units built has averaged 880,000 units, creating an average annual shortfall of 160,000 housing units.

The healthy property fundamentals continue to attract capital from all types of investors. In 2018, the multifamily sector reached a new record investment total of $175 billion. Multifamily was also the leading property type for investment for the third year in a row. In the first four months of 2019, multifamily acquisitions totaled $46 billion, up 5.6% year-over-year. In contrast, investment activity for all commercial real estate fell 11.3% year-over-year.

Multifamily pricing also is firm, providing further evidence of investors’ sustained interest in the sector and willingness to buy at relatively higher prices (low cap rates). This is especially true for value-add buying activity. For all acquisitions in Q1, the average cap rate compressed by 17 bps year-over-year.

The multifamily market is still performing very well, even 10 years after the recession and with fairly high levels of new supply. The robust construction pipeline as well as aging millennials moving into homeownership are two key trends to monitor. However, the multifamily’s market strengths, so far have mitigated the impact of these trends and kept market performance at healthy levels.

As long as the national economy continues to expand, this pattern should prevail. And even if/when there is a national recession, the impact on multifamily could very well be more moderate than in previous cycles. •