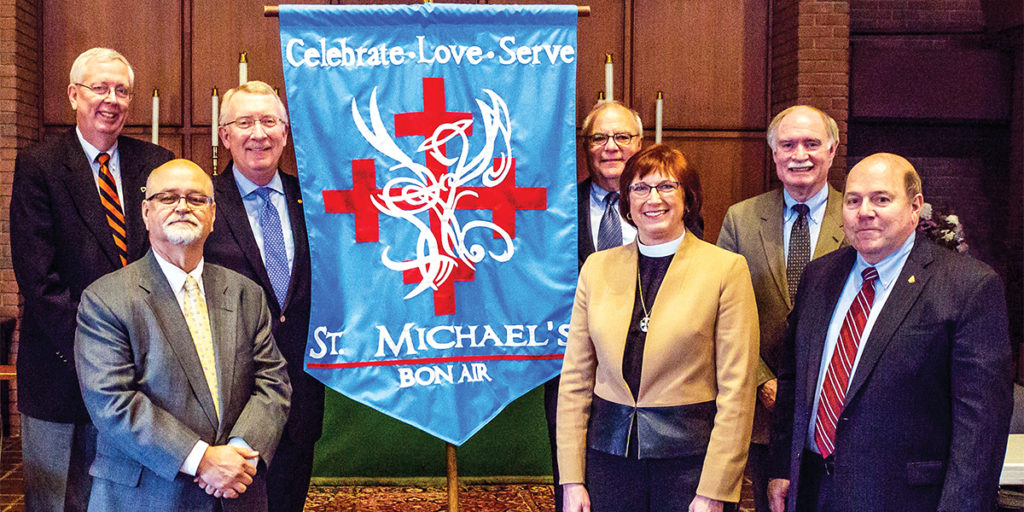 Jim McConnell, staff writer for the Chesterfield (Virginia) Observer, was flabbergasted. He was interviewing me in my role as Chair of the Counselors of Real Estate® Consulting Corps project on behalf of St. Michael’s Episcopal Church in Bon Air, Virginia (just outside Richmond) right after we finished our public presentation to members of the congregation and interested community members. He just could not believe that five real estate professionals would spend a week without compensation to undertake such a project. As I said to him at the time:

“We’re all very fortunate people, and we know that out there in the world are clients who cannot afford good real estate advisory services. One of our goals is to give back in some way.”

The CRE Consulting Corps is part of the essence of who we are as an organization. The typical assignment is conducted on behalf of a nonprofit entity that is faced with a real estate problem and does not have the resources to privately contract for real estate counseling services. A team of five CREs is assembled, and the Chair of the team coordinates a site visit and information gathering process with the client. The CREs on the team donate their services; the client pays for travel, meal and lodging costs.

The team prepares via conference calls prior to the site visit and traditionally assembles on the Sunday prior to the start of the site visit. The team conducts a series of interviews with the client, key stakeholders, relevant governmental agencies and other parties as needed during the first several days of the project according to a schedule set up by the team Chair and the client. Evening meals are usually spent brainstorming, and by Wednesday ideas that will comprise the team’s recommendations start to surface. On Thursday, the team locks in, formulates its recommendations, and puts together a PowerPoint presentation to be delivered to the client on Friday. The Chair of the team then coordinates the development of a thorough, written report to be delivered to the client about four weeks after the visit.

Here are some of the specifics about the St. Michael’s Episcopal Church assignment that took place in February 2018. The Church property in historic Bon Air, Virginia encompassed several parcels totaling approximately 12 acres. The church and school buildings, constructed between the late 1950s and 2001, were aging and displayed some obsolescence. The property is owned by the Episcopal Diocese of Southern Virginia with the Church as Steward. In the summer of 2018, the Lower School was to relocate to its new campus about three miles away where the Upper School moved in 2008. The loss of income from the school for operating expenses and shared use space will have significant financial impact on the Church. Both the Church and the School had appointed Transition Work Groups that had been meeting to develop a Transition Agreement governing the orderly exit of the School from the facilities.

The immediate need was for a workable exit strategy for the School that would offset the financial burden on the Church while the property is repositioned. At the same time, Church leadership recognized the timing was right for development of a viable strategic plan for the current and future use of all the facilities on the Church campus that would maintain the presence and relevance of the Church within the community; maximize potential land use for the needs of new users; and create synergies and/or catalysts for additional community and economic development to create a viable revenue stream. In addition to the objectives and interests of the Church, the plan needed to incorporate the economic and social development efforts of Chesterfield County and the City of Bon Air as set forth in the recently adopted Bon Air Special Area Plan.

After multiple interviews and focused deliberations, the team drafted and presented their recommendations. They prepared a private briefing for client representatives and a public briefing that included press.

The process is ongoing, but the initial reactions of the client were positive. The CRE team in effect served as a neutral in the development of the Transition Agreement after listening carefully to the issues raised by the Church and School representatives. One of the school buildings is now being leased to an adjoining private school whose leadership was interviewed by the team. A public sidewalk-bike lane project linking the St. Michael’s property to the commercial center of Bon Air has moved from the planning stages into construction. In a letter to the Counselor office, the client stated:

“The CRE team approached the assignment with great sensitivity and awareness of the relationship between the Church and School. They exhibited the highest level of professionalism in the performance of the assignment and boiled down the range of possibilities to sensible and realistic options, including some options we had not considered before. They also structured and recommended a very concise and fair Transition Agreement between the Church and School.”

So why might a Counselor volunteer for the Consulting Corps? On a professional level, the opportunity to interact with four colleagues on an assignment on behalf of a client that truly needs your advice and counsel is an unforgettable business experience. On a personal level, the bond you develop with each of those four colleagues lasts well beyond the week spent with the client and reinforces the culture of collegiality that is an integral part of being a CRE. •

Participate in the Consulting Corps or Identify a Potential Client!

Listen: “Making a Difference for St. Michael’s: What Happened”