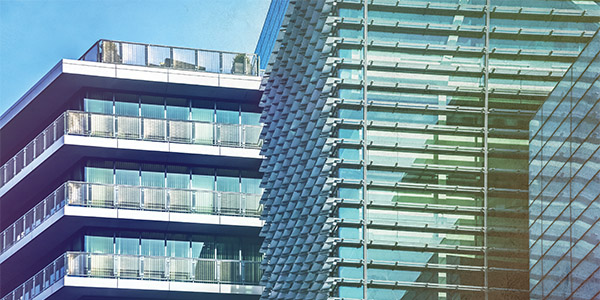 The U.S. economy has been expanding for nearly 10 years, making this one of the longest economic recoveries since World War II. During the recent recovery and expansion, multifamily fundamentals have also changed drastically.

Some of these changes are demographic in nature, such as an increase in young adults coming of age and forming households, as well as an overall increase in the number of renters versus homeowners. Others concern supply, such as the dramatic increase in new Class A projects coupled with a loss of older Class B and C properties due to value-add opportunities. And it’s not just an overabundance of new, more expensive units: the bulk of them are concentrated in a limited number of metros, in a handful of submarkets, and sometimes in just one or two neighborhoods.

As a result, multifamily rent levels have been rising since 2010, and vacancy rates are down to historically low levels. This has had a negative impact on affordability and created a supply/demand imbalance in many places across the country. So how did we get here?

An Increase in Renters – But Not Multifamily Renters

One of the key changes in residential real estate over the past decade has been the increase in the number of households that rent. The homeownership rate peaked at a seasonally-adjusted rate of 69.4 percent in the second quarter of 2004 and stands at 64.4 percent as of the second quarter of 2018. That means that about 36 percent of households rent, and they are renting not only apartments but single-family homes, too.

More Renters of All Ages…

In addition to more renters overall, there has been an increase in the percentage of renters in all age cohorts between 2005 and 2015. People between the ages of 25 and 34 are most likely to rent multifamily units, but there are more single-family renters and homeowners in that cohort than multifamily renters. Although rentership has increased across all age cohorts, it is still primarily younger people driving the demand for multifamily units: 29 percent of people aged 25 to 34 years old were renting a multifamily unit as of 2015, compared to 25 percent just ten years earlier. By contrast, rentership rates among those aged 55 and older increased by just 1 percent over that same time period.

… But Demand is Coming from Younger Renters

The demand for rentals coming from younger people can be attributed to the sheer number of them. It is estimated there are currently more than 68 million people in the 20- to 34-year old cohort alone. That number is expected to peak in 2024 at nearly 70 million people. As a result, demand for multifamily rentals has been robust and is expected to continue over the next five years.

Rents Up, Vacancies Down

With the increase in renter households, coupled with the increase in the population of younger adults, multifamily fundamentals have experienced dramatic changes over the past decade. Since 2010, estimated multifamily rents have been rising, while vacancy rates have been plummeting. Between the first quarter of 2010 and the second quarter of 2018, estimated multifamily rents have soared by more than 26 percent, far outpacing the rate of inflation – and, more importantly, wage growth. This unprecedented demand has also pushed the national vacancy rate down to historically low levels, with the rate reaching a nadir of 4.75 percent in the third quarter of 2015. While it inched back up to 5.5 percent as of the second quarter of 2018, it remains below its recent 10-year average of 6.0 percent.

Not Enough Multifamily Housing Underway, Despite What Appears To Be Oversupply

At a national level, there are more than 600,000 new multifamily units underway, a reasonable amount to add to the existing stock. Fannie Mae forecasts 2018 job growth to come in at 1.6 percent, which would mean an estimated addition of 2.4 million new jobs. Based on that amount of job growth, theoretically multifamily rental demand could range from 380,000 to 460,000 units in just 2018 alone.

But Is There Too Much Supply in Too Few Places?

The larger concern for new multifamily supply is that it is too concentrated. Much of the estimated new multifamily supply is located in 12 metro areas, and much of that is localized even further within a handful of submarkets. Worse, much of the new supply is coming online at the same time, leading to slow lease-ups and net absorption. The good news is that if job growth comes in as projected, much of this new supply should get absorbed. It just may take longer – and at a lower rent level – than developers had hoped.

Today, multifamily fundamentals are driving the sector in a more reasonable way, but there remains a large overarching concern: the lack of affordable multifamily housing.

According to the Harvard Joint Center for Housing Studies, an estimated one-quarter of renters spend over half of their income on rent and utilities. So while the multifamily sector has enjoyed increasing rents, occupancies, and values over the past decade, it needs to start providing more affordable and workforce housing over the coming decade. •