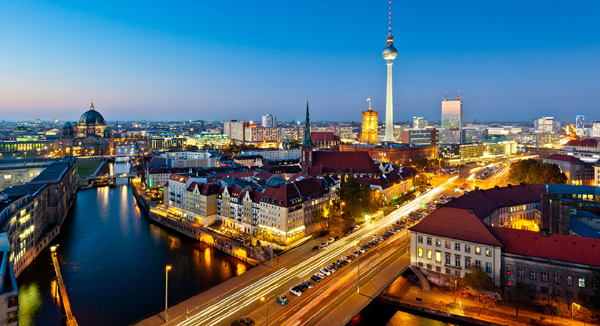 While CREs are at the business conference, Spouses and Guests will enjoy an exciting historical  journey  throughout the German Capital, followed by a delicious lunch in Kaefers – an upscale restaurant in the Dome of the Reichstag, the German center of political power.  http://www.feinkost-kaefer.de/berlin

An English speaking Tour Guide you will give you a behind-the-scenes tour of the following city attractions, among others:

When the decision was made to move the Federal Government to Berlin, it was time to reawaken the Reichstag building from its long years of slumber on the Mauerstreifen, the military zone between the two sides of the Wall. The building has since been completely modernized, and today’s visitors to the Reichstag can look out from the building’s glass dome to get a bird’s eye view of the hustle and bustle in the city. There are also a number of government buildings in the vicinity of the Reichstag, for example the Bundeskanzleramt (Federal Chancellery) and the Brandenburg Gate.

Without a doubt, the Brandenburg Gate is Berlin’s signature attraction. Built in 1791, it was just one of many old city gates around the city of Berlin which, at that time, was still a manageable size. The decorative Pariser Platz was laid at the foot of the gate and is now home to many of the city’s important buildings, such as the Hotel Adlon with its wealth of history and the Akademie der Künste (Academy of the Arts).

Soviet Memorial and the T-34 Tanks

You will see the bombed-out memorial Church, the route of Soviet attack towards the final battle for the Reichstag, the Soviet Memorial with T-34 Tanks, Goering’s Air Defense Ministry, and Himmler’s SS & Gestapo HQ at the topography of Terror exhibition.

Berlin’s Museum Island is one of the UNESCO world heritage sites and home to the city’s most important exhibition centers: the Altes Museum (Old Museum), the Neues Museum (New Museum) the Bode Museum, the Pergamon Museum, and the Alte Nationalgalerie (Old National Gallery). The collections in these buildings encompass over 6,000 years of art and cultural history.

Checkpoint Charlie was the best-known border crossing between East and West Berlin during the old War. At the    height of the Berlin Crisis in 1961, U.S. and Soviet tanks faced off at each other here.

Since its erection in 1961, the Berlin Wall was for many years the place where the geopolitical divisions of Europe, of Germany and of Berlin, manifested itself. Citizens and visitors of the West city could literally touch the division with their hands. In the Eastern part of the city, however, barriers and controls obstructed the access to the zone situated in front of the borderline. Due to this, the visual appearance of the border is less clear in the memory for former East German citizens, as the day-to-day Western sight had of the concrete wall with an asbestos cement tube that has become a symbol for “the Wall.”

The Protestant Berlin Cathedral on Museum Island in the Mitte District is Berlin’s largest church as well as the sepulcher of the Prussian Hohenzollern dynasty. This outstanding high-renaissance baroque monument is one of the major sights in the city’s center.