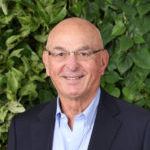 Wayne Ratkovich is the founder and CEO of The Ratkovich Company (TRC), a Los Angeles development firm whose mission is “to profitably produce developments that improve the quality of urban life.” Specializing in urban infill and rehabilitation projects, TRC’s accomplishments range from large-scale entitlement endeavors to retail, office, entertainment and mixed-use projects. His company engages in both new development and the imaginative reuse of existing buildings including seventeen buildings that are historic landmarks.

TRC is the developer of The BLOC, a massive remodeling of the former Macy’s Plaza in downtown Los Angeles. The property consists of a 496 room Sheraton Hotel, 430,000 square feet of retail stores, a 700,000 square foot office building and parking for 2,000 cars.

TRC developed the Hercules Campus, an eleven building complex of former Hughes Aircraft Company Buildings that have historic status. The eleven buildings total 525,000 square feet and are located on 28.3 acres of land in the Playa Vista area of Los Angeles. The project was originally developed in association with Penwood Real Estate Investment Management. Seven of the buildings are now owned in association with Invesco. The project is fully leased to two tenants, Google and the advertising firm 72 and Sunny.

The firm owns and continues to develop The Alhambra, a 45-acre and 1.0 million square foot urban community consisting of office, retail and residential uses in Alhambra, California. TRC is also the developer of the prominent landmark, 5900 Wilshire, a 30-story, 491,000 square foot high-rise office tower situated directly across from the Los Angeles County Museum of Art in the Miracle Mile District of Los Angeles. The City of Los Angeles recently selected TRC to develop a 31-acre waterfront site as the San Pedro Public Market.

In total, Ratkovich has developed over 16.0 million square feet of office, retail, industrial and residential properties. Projects the company has to its record include: The James Oviatt Building; The Fine Arts Building; The Pellissier Building and Wiltern Theatre; Chapman Market; Ladera Center; an urban campus for the Fashion Institute of Design and Merchandising; the City of Glendale’s Alex Theatre; and a variety of high technology complexes including the Irvine Technology Center and the Von Karman Corporate Center.

In 2011, ULI named Ratkovich a Life Trustee, an honor given to only 13 members in the 75 year history of the 35,000 member organization. He is also a Trustee Emeritus of the National Trust for Historic Preservation.