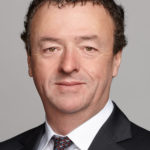 Pierre-Denis practises commercial law with an emphasis on structured and secured financing, securitization, and real estate. His main focus is on mortgage and real estate financing, acquisition, disposition and development of real estate, and other related assets. Pierre-Denis’ expertise in structured financing is widely recognized. He is also experienced in the realization of security and debt restructuring. Over the years, he has documented some of the most complex transactions in Canada in these areas.

Over the last few years, Pierre-Denis has represented numerous lenders and borrowers in term, interim and construction financings with respect to real property assets located nationally and internationally, as well as developers in respect of acquisition and disposition of same.

Pierre-Denis was named Best Lawyers’ 2014 Montreal Structured Finance Law “Lawyer of the Year.” He has also been recognized as a leading lawyer in current and several past editions of the following publications: