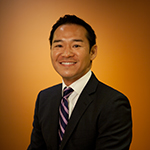 Mike Hu is a Senior Vice President at Gaw Capital Partners and he leads the Capital Markets team in the United States. Mr. Hu is based in Los Angeles, the US headquarters, and is responsible for capital formation, co-investments, separate account investments, investor relations, and marketing.

Mr. Hu joined Gaw Capital in 2011 and was previously a member of Gaw Capital’s acquisitions team based in Hong Kong, the global headquarters. In December 2014, Mr. Hu was relocated to Los Angeles to help grow the US business.

Before joining Gaw, Mr. Hu was with Tishman Speyer in London and New York, where he was part of their Leadership Development Program. While at Tishman Speyer, he completed rotations in acquisitions, debt financing / restructuring, property and asset management, and design & construction.

Before joining Tishman Speyer, Mr. Hu earned his MBA from London Business School (LBS). Prior to LBS, he was a strategy and operations management consultant focused primarily on the real estate and energy industries. Mr. Hu is conversationally fluent in Mandarin Chinese and has extensive experience working in Asia, Europe, and the US.