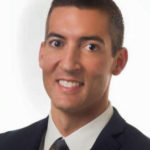 Matt Szabo has been working to improve City services for residents of Los Angeles for nearly seventeen years, serving as a senior manager and policy and communications advisor to three mayoral administrations, the city attorney’s office and a city council office.

Szabo currently serves as Deputy Chief of Staff for Mayor Eric Garcetti, overseeing budget, policy and communications. He also serves as labor relations advisor to the mayor, working as liaison to the city’s employee unions and key facilitator between management and labor on contract negotiations and employee disputes. Prior to this role, Szabo served as Mayor Garcetti’s Deputy Mayor for Budget and Innovation, with responsibility for developing the mayor’s annual proposed city budget, performance management and sustainability, and oversight of several key city departments, including Personnel, Information Technology and Finance.

Szabo previously served as president pro tem of the Board of Public Works for the City of Los Angeles, where he had principal responsibility for oversight of the city’s Bureau of Engineering.

Prior to his work in the Garcetti Administration, Szabo served as Deputy Mayor and Deputy Chief of Staff to former Mayor Antonio R. Villaraigosa. In these capacities, Szabo had principal management responsibility for communications, budget and financial policy, labor relations and legislative affairs. Szabo also served as a key advisor on a broad range of issues including public safety, gang reduction and youth development, renewable energy and energy efficiency, economic and business policy, transportation and animal welfare.

Szabo’s first venture in public policy began as a student activist at the University of Notre Dame, where he fought to establish gay and lesbian students rights and to protect LGBT faculty and staff from job discrimination. Szabo has been active in the LGBT movement ever since, and in 2012 worked with LAPD to create nationally-recognized law enforcement policies to protect the rights and dignity of L.A.’s transgender community.

After graduating from college, Szabo worked for a year as a volunteer house parent at an orphanage in Miacatlan, Mexico, where he had personal responsibility for 66 formerly homeless or abused children.

Szabo attended local public schools, and earned a degree in government and international relations at Notre Dame before attending graduate school at the University of Southern California’s School of Policy, Planning and Development.