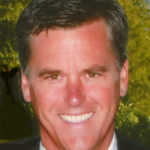 In his role as angel-private equity investor he has invested in a number of emerging growth companies including Argo Tea Inc., Bobtail Ice Cream Co., Cal Pacific, Health Integrated, Inc., Metropolitan Capital Bank Corporation, Nymirum, Inc., Potbelly Sandwich Works, Room Service, Inc., Sunglass Outlet, Inc., Sure Payroll, Talk3, and Top Golf.  John and/or Oxford have been nominated and/or won numerous awards including; Ernst and Young Entrepreneur of the Year, Crain’s “40 under 40”, and Who’s Who, Developer of the Year, Development of the Year, Redevelopment of the Year, National Hotel Transaction of the Year and Top Hotel in the Continental US. Mr. Rutledge has been a regular judge at the University of Chicago’s Graduate School of Business New Venture Challenge and a guest speaker at Northwestern’s J.L. Kellogg Graduate School of Management.  He is a member: of the advisory board (and a founding investor) of Metropolitan Capital Bank Corporation; the Young Presidents Organization (YPO-Gold), where he is past Chairman of the Global Hospitality Network; the Economic Club of Chicago; the Commercial Club of Chicago; The Chicago Commonwealth Club; an Emeritus member of the Auxiliary Board of the Art Institute of Chicago; the Advisory Board for the Polsky Center of Entrepreneurship at the University of Chicago’s Graduate School of Business and a member of St. Chrysostom’s Episcopal Church of Chicago. John is also a Trustee of The Chicago Architectural Foundation.  A graduate of New Trier High School in Winnetka, Illinois, John graduated from the University of Michigan, Ann Arbor with a bachelor’s degree in Economics and an emphasis in Real Estate.  He received his MBA from the University of Chicago’s Graduate School of Business with an emphasis in International Finance and Economics.  He has also studied at Northwestern University, Harvard Business School (YPO President’s Program) and Oxford University (Christ Church).   A devoted family man, John is a voracious reader who loves biographical, business, social, architectural, political and military history.  He also enjoys chess, genealogy, art, cinema, classic boats, architecture, nutrition, the scouting movement and sports of all kinds including: triathlons, sailing, skiing (helicopter and racing), waterskiing (slalom and barefoot), racquet sports (tennis, platform tennis and a little squash), golf (not very often or very well and thus least proficient sport), swimming, scuba diving and world (and often adventure) travel, with highlights including a trip to the North Pole, scuba diving off the great barrier reef of Australia, elephant trekking in the jungles of Thailand and Africa, skydiving in New Zealand, helicopter skiing in the Rockies and a “trip around the world” just before business school.