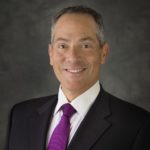 Ethan Penner is a founder of Mosaic and its Managing Partner. He is a recognized pioneer in the fields of real estate and finance with a 30-year career marked by filling voids and responding to unseen or poorly understood opportunities. Most consequently, he is credited with being the primary driver in the creation of the Commercial Mortgage-Backed Securities market for which he received broad recognition including being named one of the U.S. Real Estate Industry’s 100 icons of the 20th century. In 2011, Real Estate Forum voted him one of the Real Estate Industry’s 65 living legends in their 65th anniversary issue.

Ethan is also committed to improving the lives of others and enhancing awareness and does so in a number of ways including teaching – he is an adjunct professor at Graziadio School of Business at Pepperdine University; writing – he maintains a weekly blog and has had many articles published in a variety of publications including the Wall Street Journal, the Wharton Real Estate Review and the Institutional Real Estate Investor; public speaking – he is a frequent featured speaker at industry conferences and universities; philanthropy – in 1996 he founded the Walt Frazier Youth Foundation which provided internships to teenagers at major U.S. corporations in New York City, and has been on numerous boards including that of The League, which had a competition-based, in-school community service model, KIND, which is dedicated to bringing education and opportunity to woman, and The Simon Wiesenthal Center, which is dedicated to enhancing awareness to combat hate; and fitness – he is the founder and board member of Fitwall, LLC, a company aimed at revolutionizing the exercise industry through its patented Fitwall product.

Ethan is married to Marisol Penner, a former professional athlete and native of Venezuela, and they have five children and reside in Los Angeles.