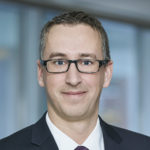 Éric Filion has been Vice President – Customers at Hydro-Québec Distribution since January 2016. He is responsible for customer service for residential and business customers (small-, medium- and large-power), the advanced metering infrastructure and regulatory issues falling under the jurisdiction of the Régie de l’énergie [Québec energy board]. In this role, he oversees the strategy to improve customer services, as set out in Hydro-Québec’s Strategic Plan 2016-2020.

Prior to joining Hydro-Québec, Mr. Filion worked 20 years in the aerospace industry where he held several management positions in operations, namely in engineering, industrial production, procurement and logistics, product development, and customer relations, including a two-year international assignment in the UK. Over the course of his career, he has implemented several lean transformations that have resulted in significant business performance improvements.