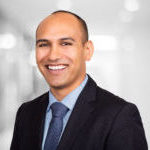 David is a Senior Vice President in Green Street’s Advisory Group. He joined the firm in 2011, and has been instrumental in Advisory’s portfolio strategy and corporate strategy engagements as well as the group’s investor relations work with C-suite executives.

In recent years, David has been spearheading Advisory’s work in Latin America as the market for REITs, known as Fibras in Mexico, continues to evolve.