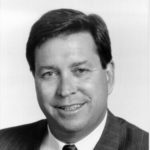 Michael S. MaRous, MAI, CRE, is president and owner of MaRous and Company. He has appraised more than $15 billion worth of primarily investment-grade real estate in more than 25 states. In addition to providing documented appraisals, he has served as an expert witness in litigation proceedings for many law firms; financial institutions; corporations; builders and developers; architects; local, state, county, and federal governments and agencies; and school districts in the Chicago metropolitan area.

Mr. MaRous has acted as a consultant in regard to valuation issues for a significant number of marital and partnership dissolution matters involving real estate holdings valued at several million dollars to more than one billion dollars. His experience in marital dissolutions, partial interests, condemnation, damage impact, easements, bankruptcies, and other valuation issues is extensive. He has provided highest and best use, marketability, and feasibility studies for a variety of properties. He has also held public office as an elected official in Park Ridge, Illinois.

Mr. MaRous has been involved with many of metropolitan Chicago’s largest redevelopment areas and public projects, including the Interstate 355 extension and the O’Hare International Airport, the Midway Airport, and the McCormick Place expansions.