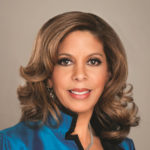 Andrea Zopp is the President and CEO of World Business Chicago, where she leads the organization’s mission of inclusive economic growth, supporting businesses, and promoting Chicago as a leading global city. Most recently, she served as Deputy Mayor, Chief Neighborhood Development Officer for the City of Chicago. Andrea has dedicated her career to being a force of change. She has championed job creation, access to education, corporate responsibility and promoting economic development initiatives in underserved communities.

Andrea served in the United States Attorney’s Office and was the first woman and African American to serve as the First Assistant in the Cook County State’s Attorney’s Office. In these roles, she fought to keep neighborhoods safe by taking on illegal guns, violent crime and gangs, worked to protect victims of domestic violence and sexual abuse.

Andrea is a successful businesswoman and has held executive leadership positions at several Fortune 500 companies, including Sara Lee, Sears Holdings and Exelon. As the former President and CEO of the Chicago Urban League, she led the nationally-recognized organization’s focus on expanding economic opportunity in underserved communities, helping youth and young adults achieve academic and career success, and advocacy for social justice.

Andrea has held multiple civic and business appointments. She was appointed to the Chicago Board of Education by Mayor Rahm Emanuel and to the Cook County Health and Hospital System Board by Cook County Board President Toni Preckwinkle. Andrea also served on the board of the Urban Partnership Bank and was appointed by Mayor Emanuel to serve on the Chicago Police Board in November 2017.

Andrea Zopp is a graduate of Harvard College and Law School. She lives on Chicago’s South side with her husband Bill. They are the proud parents of Alyssa, Kelsey, and Will, and the proud owners of four cats and three dogs.