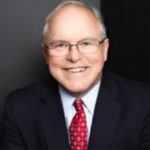 Ralph Schulz was named president and CEO of the Nashville Area Chamber of Commerce by the Chamber’s board of directors in November 2006, following a 30-year career in nonprofit management, marketing and fundraising. In taking the position, he accepted a leadership role at one of Middle Tennessee’s oldest and largest business federations, an organization dating back to its founding in 1847.

During his tenure, the Chamber has played a key role in helping the region emerge from the 2007 recession to a period of unprecedented growth with a business relocation and expansion strategy known as Partnership 2020. The Nashville Chamber has been consistently recognized as a top local and regional economic development agency for its role in helping to deliver prosperity to Middle Tennessee communities and was awarded the Mac Conway Award for Excellence in Economic Development by Site Selection Magazine in 2019. Additionally, the Nashville Area Chamber of Commerce was the lead organization in the creation of the nationally recognized Nashville Entrepreneur Center and the passage of a public referendum supporting construction of the Music City Center convention facility. Since Schulz has taken on the role of president and CEO, the Chamber has also led the movement to improve public school performance through the creation of the Academies of Nashville, established the Moving Forward initiative to ensure the creation of a regional transportation solution through a cohesive community effort and developed into a respected publisher of data on the Nashville Metropolitan Statistical Area with the annual publication of the Vital Signs report.

In 2009, the Nashville Area Chamber of Commerce was named “Chamber of the Year” by the American Chamber of Commerce Executives (ACCE), recognizing the Nashville Chamber’s organizational excellence, service to members, development of leaders and volunteers and its impact on key community priorities. The ACCE award referenced the Nashville Chamber’s role in the creation of Nashville for All of Us, a campaign made up of community leaders aligned to defeat a 2009 charter referendum which would have prohibited Nashville city government from conducting business in a language other than English. The Chamber was also praised for its creation of A Leading Edge, a broad range of programs aimed at helping Chamber members navigate the turbulent waters of the recession.

Before joining the Nashville Chamber, Schulz spent six years as CEO of the Adventure Science Center in Nashville, focusing the team on turning around an aging, science-based nonprofit for children into a leading destination for young people, with growing attendance, revamped exhibits, successful capital campaigns and stronger community support. In 2001, the Science Center was recognized with the Marvin Runyon Leadership Award by the Center for Nonprofit Management for its turnaround efforts.

Schulz’s career in nonprofit management began when he joined the staff of Junior Achievement of Nashville in 1974, eventually spending 20 years with JA, leading chapters in Jackson, Miss.; Dallas, Texas; and New York, N.Y. In 1990, he was named national executive vice president for JA, working from the organization’s headquarters in Colorado Springs, Colo. He returned to Nashville in 1996 to take on a similar national role with the National Federation of Independent Business.

He currently serves on numerous civic and nonprofit boards including the Nashville Health Care Council, Tennessee Business Roundtable, NashvilleHealth, Music City Music Council, Nashville Predators Foundation, Western Governors University advisory board and Board of Trustees of Father Ryan High School. He is a past board member of Alignment Nashville and Center for Nonprofit Management. He has been involved with the Transit Alliance of Middle Tennessee, served on the Citizens Advisory Committee for Bus Rapid Transit (BRT), MTA’s Strategic Plan Advisory Committee and the NashvilleNEXT Steering Committee and Major League Soccer to Nashville advisory committee. He has participated in Leadership Nashville, Leadership Middle Tennessee and Leadership Music.

Schulz is a graduate of the University of Tennessee. He resides in Nashville with his wife, Leeanne, their four children and six grandchildren.