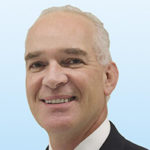 Marcus Rayner is a Vice Chairman in Colliers International’s New York office. He currently focuses on strategic planning and execution for tenants and the creation of innovative, effective marketing programs for available space. Mr. Rayner has worked with companies from across the industry spectrum, but specializes in real estate for the TAMI and legal sectors. He has also helped numerous high-growth companies develop real estate plans that provide for the complexities and uncertainties of their businesses.

Mr. Rayner has more than 30 years of real estate experience. He is a truly global professional with both a world perspective and a broad real estate background, having transacted on three continents and engaged in tenant and owner representation, investment sales, appraisal and development in the United States, Europe and Asia. In New York, Mr. Rayner’s current market focus, he has completed more than 9 million square feet of transactions. He has also put together joint ventures between like-minded real estate companies, and then taken leadership roles in those new organizations.

Mr. Rayner is a trusted resource for the media on topics relating to commercial real estate and the New York market. NBC, Bloomberg, The New York Times, The Wall Street Journal, Real Estate Weekly, Business Insider and The Stoler Report are just a few of the publications and broadcast outlets in which he has been quoted or appeared.

Mr. Rayner began his real estate career as a Chartered Surveyor with Weatherall Green & Smith (now BNP Paribas Real Estate) in the United Kingdom. He eventually relocated to New York to manage the firm’s U.S. business before it merged with Cresa. As Managing Principal, Mr. Rayner led the expansion of Cresa’s tenant representation business in New York to approximately 40 professionals before joining Colliers in 2016.

Mr. Rayner earned a BSc in Estate Management from Oxford Brooks University and is qualified as an Associate of the Royal Institution of Chartered Surveyors (ARICS).

Mr. Rayner is an active member and leader of CoreNet Global. He currently serves as a New York Chapter Board Advisor and member of the organization’s Global Issues Advocacy Group. He previously served as a Global Board member (2014-2015) and New York Chapter Chair/President/VP/Secretary (2009-2012). Mr. Rayner is a member of the Real Estate Board of New York (REBNY) and previously held a position on REBNY’s Commercial Board of Directors (2011-2014).

He is on the Golf Committee for KidSave and former Vice Chair for the Board of the West Side YMCA.