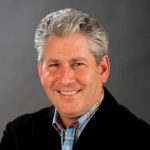 Jim Myers is an award-winning writer, journalist and former restaurant critic who has covered the Nashville food and drink scene for more than 20 years.

He served as a judge for the prestigious James Beard Awards and holds the honorary title of Colonel in both Kentucky and Tennessee, though you can just call him Jim because he can’t even get his 13-year-old son to call him Colonel.