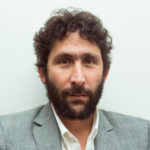 Jeremy Goldkorn is editor-in-chief of SupChina.com and co-host of the Sinica Podcast. He moved to China in 1995 and became managing editor of Beijing’s first independent English-language entertainment magazine. In 2003, he founded the website and research firm, Danwei, which tracked Chinese media, markets, politics and business. It was acquired in 2013 by the Financial Times.

While in China, Goldkorn published and edited several magazines, books, and websites. He also lived in a workers dormitory, produced a documentary film about African soccer players in Beijing, and rode a bicycle from Peshawar to Kathmandu via Kashgar and Lhasa. He moved to Nashville Tennessee in 2015 and is a board member of the Tennessee China Network.