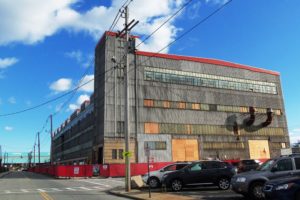 A World War II-era U.S. Army Annex building has reemerged from obscurity to become the new home of the J.C. Cannistraro fabrication, manufacturing and design facility, thanks to the vision and counseling of Rob Nahigian, CRE and Robert Cleary, Jr., CRE. They reimagined the historic structure as a restored and fully functional facility in the Boston Seaport district, and in June saw that vision become reality. Mr. Nahigian is principal of Auburndale Realty, Newton, Mass.; Mr. Cleary is a senior vice president, Colliers International, Boston. 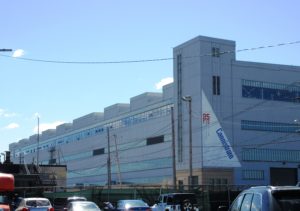 “The building took two years of renovation,” Mr. Nahigian said. “But we looked at more than 100 locations before selecting this one.”  It is the first lease of its type in approximately 50 years in the Seaport district.  Local officials, including the Mayor of Boston, have described the renovation of the Art-Deco building as a welcome addition to one of the “hottest “development districts in the U.S. 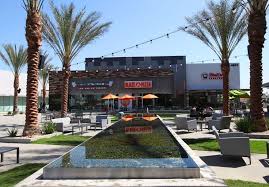 In June, 2018, the South Gate City Council authorized funds for development of a City Employment Resource Center and an economic development revolving loan program. The one-time, multi-million dollar payment from the developer was a performance-based share of profits from the Azalea Regional Shopping Center if it exceeded valuation targets upon sale or recapitalization. 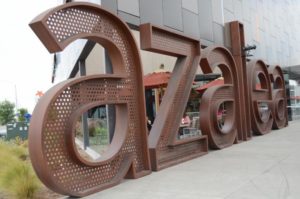 The project, on the 32-acre site of a former pipe manufacturing plant, unfolded during the economic recession, when South Gate’s general fund was in a deficit and the city was losing sales tax to neighboring cities. The 95 percent-Latino community was enduring a staggering 16 percent unemployment rate at the time. Larry advised the city from land purchase through completion of the successful retail and entertainment center. As part of the agreement he negotiated, the city can use ongoing revenue from the shopping complex’s sales tax receipts to pay for three additional police officer positions in the FY18/19.

In March, 2018, Larry accepted the California Association for Local Economic Development (CALED) Award of Excellence for a different project: his work with the City of Redondo Beach, Calif. and a hotel developer. The partnership resulted in successful financing and development of three new hotels in the city on a gateway property near the 405 freeway. The property had been undeveloped for 40 years. No existing general fund revenues were pledged to the project, protecting the city against financial risk. The successful project created 503 new hotel rooms valued at over $100 million, which generates more than $3.5 million tax revenue for the city.