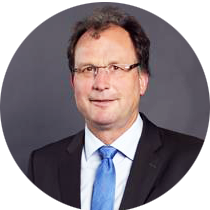 “An Open Mind Can Take You to Surprising Places”

It can be a circuitous path from college to finding the ideal career niche.  According to Ralf-Peter Koschny, CRE, CEO, Bulwiengesa AG, Hamburg, Germany, that winding path can be a good thing, as long as the traveler keeps an open mind about where it leads.

As a student, Mr. Koschny began studying physics and engineering.  Taking the advice of a friend, he broadened his subjects to include geography, because it encompasses a wide view of terrain, economics, and politics.  Upon completing his studies at the Technical University of Hamburg-Harburg with a master’s degree in town planning in 1989, he secured a position as town planner in Berlin and later an economic development position in Hamburg. Over the next five years Mr. Koschny was increasingly involved with regional economic development initiatives.

A particularly interesting aspect of the position in Hamburg was his connection to the airline industry and overseeing the expansion of the Deutsche Airbus company.  Among his responsibilities was reviewing and approving subcontractors for aspects of airline manufacturing.  “Airbus is a multinational company,” Mr. Koschny explains.  “It differs from other aircraft manufacturers in that multiple countries are responsible for developing and manufacturing different parts of the plane.”  At the time, Germany was responsible for the Airbus interior, such as passenger seats and lavatories which, in the technical view, is a very complicated product.  “So, the next time your travels include flying in an Airbus plane, you might think of my early contributions to its development,” he laughs.

In 1995, Mr. Koschny joined Gesa, a commercial real estate company that specialized in property market analyses, retail analyses, and shopping center development.  By 2004, Gesa merged with Bulwien, which broadened the company focus into multiple real estate sectors.  “It was a good time to be in real estate in Germany,” Mr. Koschny explains. “And it’s good to be diversified.” Bulwiengesa AG, located in Hamburg, is today considered an important research and consulting resource throughout Europe.  Mr. Koschny is now the chief executive officer of the company and focuses on the retail and leisure/recreation sectors as well as appraisal.

“It’s difficult to choose just one project as the most important of my career, but one I found to be highly significant was my advisory work relating to the Berlin City Castle,” he says. 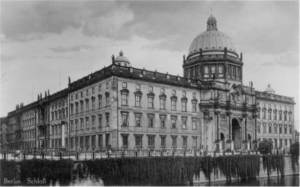 The centuries-old Berlin Castle (former home to kings and emperors) was heavily damaged during World War II and was demolished in 1950. Evolving political differences in Germany eventually led to the country being divided into East Germany and West Germany. The East German government replaced the ruins with a “Palace of the Republic.” During the 1950s, citizens of East Germany who wished to emigrate to West Germany frequently found the border crossing to be easiest through the city of Berlin; to stem the outflow, the East German government erected the Berlin Wall, dividing the city in 1961.  The wall was dismantled in 1989 and Germany reunified in 1990.

Though initially controversial, support to rebuild the Berlin Castle to replace the Palace of the Republic grew as Berlin entered the 21st century.  Mr. Koschny, partnering with another CRE member, Hans-Ulrich Berendes, owner and CEO, Berendes & Partner Consulting GmbH, Hamburg, developed the feasibility study for the Castle project, and recommended that it be a mixed-use facility including a museum and office space.  The building, considered an important symbol of unity, is scheduled to formally open in late 2020.

“Disruption does happen in life, and in real estate,” Mr. Koschny says, “but it’s not always as fast, nor as comprehensive as the visionaries predict.” He notes that in the 1980s, technology such as the fax machine seemed likely to be the future of global telecommunications. “But look what happened to the fax machine,” he says. “Late 20th century futurists also said we soon would not need office buildings because everyone would work remotely. Of course, we need to continually listen and take note of trends and how quickly technology is changing, but we also have to remember we can’t comprehend all the developments of the future now.” 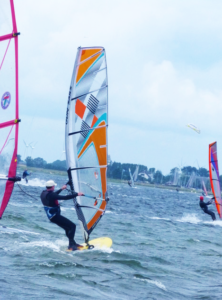 Mr. Koschny was invited to membership in The Counselors of Real Estate in 2012 and has been involved with the CRE European Chapter from its inception.  He currently serves as chapter secretary, has participated on numerous CRE national committees, and spoken at The Counselors’ national and international meetings.  He was a CRE liaison vice chair in 2018 and is a member of the CRE board of directors.  In addition, he volunteers as a member of the Chamber of Architects in Hamburg, where he participates on the membership committee to review credentials of prospective members.

“I admit, I’m also always on the move,” he says.  Among his strongest interests are karate, tennis, and windsurfing—and he’s passionate about bicycling.  “When there is a day without such activities, I’m not very happy!” 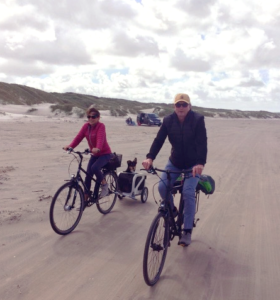