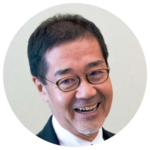 “I Wanted to Be an Entrepreneur!”

Hiroyuki (Hiro) Isobe, CRE, Founder and Chairman, Japan Valuers, Inc., Tokyo, was attracted to a profession in real estate while a college student at Waseda University in Tokyo.  “In Japan, an appraisal license was considered to be one of the most difficult professional licenses to acquire,” Hiro says.  “I wanted an occupation where I could personally take responsibility for every facet of the business — and I really wanted to be an entrepreneur.”

He attained the coveted appraisal license in 1978, following four years of working as a license candidate in his home town of Nagoya.  Then he moved to Atlanta, Georgia to attend graduate school at Georgia State University.  With a Master’s degree from GSU in real estate and regional science, he was well positioned to set up his own appraisal and real estate counseling firm in Tokyo.  He has co-authored or contributed to a dozen books on real estate, and has written numerous articles and columns for real estate and architecture magazines.  He continues to write for magazines including Real Estate Fund Review (Japan) and Appraisal and Finance (Japan) several times a year.  As a well-established real estate leader in Japan, he taught college courses on valuation, feasibility analysis, and market research for nearly 20 years at both the undergraduate and graduate level, and is a popular speaker — including representing The Counselors at the MIPIM Japan conference.

In the 1980s, a Tokyo developer asked Hiro to design a ski resort in Nijgata, a popular tourist destination, with the stated priority of “making it unique.”  Hiro offered a creative solution — build it entirely under a dome — so it was not only quite different from the competition, it would provide optimum skiing conditions in any weather.  “Unfortunately, the client declared bankruptcy before the project came to fruition,” Hiro says.  Other favorite projects include appraising a zoo that specializes in bears and the valuation/feasibility projection for a 90-acre multi-complex (mixed-use) development in Yangon, Myanmar (formerly Burma).

Hiro first visited Myanmar in 2013. “I literally fell in love with this emerging country,” he says.  He began visiting there frequently, meeting architects, engineers, contractors and brokers.  Hiro says he sees democracy on the horizon, and economic aid is helping the country to modernize.

“I see optimism growing among many people in Myanmar and they are confident about a better future,” Hiro says. “But as the inflow of business and non-profit organization workers increases, there is a serious shortage of affordable office space and housing. Prices continue to rise so that, for example, rent for a class A office in Yangon is as expensive as space in Tokyo — and residential apartment rents actually surpass Tokyo prices.  Most of the apartment housing is old. So there is opportunity in developing reasonably-priced accommodations here.”

Hiro explains that there has been no concept of real estate counseling in Myanmar, possibly because most significant political, social, and business decisions traditionally have been made by the military government. He works to help local and global clients acquire unbiased appraisals, future cash flow projections, cost/benefit analysis in utilizing highest and best use, and development efficiency projections.

Hiro is known to have quite a sense of humor.  When not working, he runs regularly, plays golf, skis in winter, and goes camping. “I love bonfires,” he explained. He is also a voracious reader: “I don’t have a favorite author or genre… I read books according to Amazon’s rankings.  And I have been practicing playing the piano for almost 20 years. Unfortunately, I’m still at the very elementary level.”

When fellow Counselor Noah Shlaes’ son was attending school in Tokyo, Hiro and his wife opened their home to him, providing a welcome home base and immersive experience in a secure and caring environment.  It’s a great example of the Counselors’ member network in action.

“I retired from the CEO/president position of my company two years ago,” Hiro said.  “That’s when I launched my new — second — career:  my adventure in Myanmar. I have been learning to speak Burmese…but it’s difficult. I’m about to give up,” he laughed.  But to Counselors who have gotten to know Hiro through his attendance at CRE national and international meetings — and who work with him as he plans a new CRE Asia chapter — they know giving up is not something Hiro is likely to do.