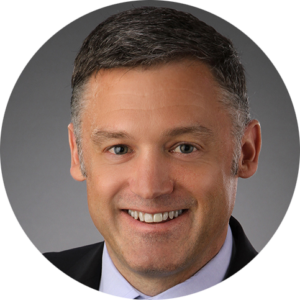 “The mind is the greatest inhibitor and we are always capable of much more than we think.”

There are sports metaphors and then there are lessons and realizations that sports can offer at any point in life.  For Jules H. Marling, IV, CRE (Jay), boxing is that sport.  An enthusiast since his mid-30s, Jay says that besides admiring the beauty and simplicity of “The Sweet Science,” he’s also learned a great deal about himself from the hobby. 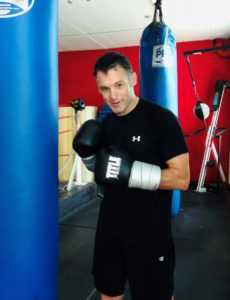 “Boxing has taught me that the mind is the greatest inhibitor and we are always capable of much more than we think we are.  It has also helped me stay more measured and calmer under pressure which is an important life skill.”

The CEO and managing principal of Chicago-based Capright, which provides institutional commercial real estate valuation and consulting services, doesn’t hesitate when asked what project he is most proud of and how lessons learned in the ring contributed to bringing the project to fruition.  It’s the founding of SiiLA, the largest commercial real estate data, news, listing and information platform for the major markets of Latin America.

“When I started working in Brazil and Mexico over 15 years ago, I was tremendously frustrated by the lack of transparency,” says Jay.  “Basic market information we take for granted in the U. S. was not available.  I gradually realized that the reason things weren’t getting better was because there were groups benefitting from information asymmetries of an opaque market and these groups had no interest in creating a level playing field.  To me, this was a short-sighted approach that discouraged much needed foreign investment and was at odds with broader economic growth.”

“Basic market information we take for granted in the U. S. was not available.”

As foreign investors gradually started looking at countries like Brazil, Mexico, and Colombia, Capright began collecting and systematizing market information that it eventually organized into a functional database.  “Knowing we had this valuable information, our clients would hire us to perform their due diligence, valuation, and other consulting assignments.  They knew that our data was the key to de-risking their investments in these countries.”

With a critical mass of data collected, Capright eventually established a new venture that provided subscription access to this market information, launching its first platform, SiiLA Brasil, in October 2015.  Today that platform is the undisputed market leader with over 500 subscription users, including most of the major brokerages and investment platforms.  SiiLA Mexico was launched in September 2018 and is on a similar growth trajectory, with more markets on the horizon.

“I am proud of this project for myriad reasons,” says Jay.  “Mostly I’m proud of everyone I worked alongside with in this venture.  It is by far the biggest and most audacious challenge I have ever undertaken.  There were many obstacles, setbacks and powerful people trying to stop us.  There were so many times when it was tempting to give up, but somehow a core group of us kept driving forward, lifting each other up in the difficult times.  In the end, we broke through and brought transparency to these markets—a truly good thing that benefits all levels of society in these economies.  Now that we have prevailed, I often hear people talk about SiiLA’s ‘overnight success.’  In these moments, I think to myself ‘Yes, a 15-year overnight success!’”

The Most Interesting Project

While Jay is most proud of SiiLA, he says the most interesting project he’s worked on is one he is working on right now.

“With some incredibly talented collaborators and fellow CREs at Capright, Invesco Real Estate, Real Capital Analytics, and NCREIF, we are using a technology platform called Mango REIX to perform data curation, collaboration, and compliance that is enabling real time valuation and debt monitoring of commercial real estate assets in institutional funds.  The exciting thing about this initiative is that it is attracting new sources of capital to our industry.  The fact that we can accurately track the day-to-day changes in net asset value for debt and equity funds translates into greater liquidity for commercial real estate as an asset class and greater opportunities for smaller investors.”

With an MBA from the University of Chicago and a bachelor’s degree in philosophy from Northwestern, Jay has centered his career on primarily six guiding principles gleaned over the years from observing how effective leaders operate:  (1) realize that fostering the right culture is far more important than having the right strategy; (2) surround yourself with talented people, give them resources and support, and get out of their way; (3) know just enough to be dangerous and keep people on their toes; (4) don’t get too high when things are good or too low when things are bad; (5) believe how you react to something will determine how others around you react; and (6) empathize with the concerns of others and give meaning to their work.

“My first passion was philosophy, but then I realized there wasn’t enough opportunity to do it as a career, so I pursued commercial real estate and went to business school. I do think my studies in philosophy taught me how to think critically and promoted an affinity for intellectual honesty, both of which have helped me enormously in business.”

Growing up, Jay says his father Jules, now a CRE Emeritus, was his idol and mentor and to this day has a way of distilling a problem down to its most critical elements, organizing a strategy, building consensus, and executing.

“When I was a kid, he instilled in me the idea that I could do whatever I set my mind to,” says Jay, who became a Counselor in his own right in 2002.  “He patiently explained various aspects of the business, treated me always as an equal and took my ideas seriously.  This approach coupled with the tremendous amount of knowledge I learned from him over the years has given me great confidence and resulted in amazing opportunities.  The work I do is endlessly interesting and fulfilling and I have collaborated with so many wonderful people.  Every day I wake up grateful to be a part of this profession.”