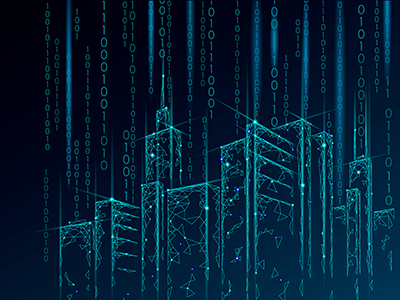 Cities have historically delivered services by creating infrastructure networks over, under, and alongside their streets containing water, sewer, utilities, telephone, and cable TV/Internet lines. These traditional urban infrastructure networks allowed cities or private licensees to deliver services such as public transportation, water, sewer, power, sanitation and other services cost-effectively. Smart cities build on the traditional network foundation by collecting and using data to expand network capacity and improve service delivery.

The fundamental shift from network construction to data management changes the historic relationship between cities and the private sector, and the shift to data-driven services is accelerating at an unprecedented rate, with enormous sums at stake.

Spending on smart city initiatives totaled $21 billion globally in 2018 and is expected to grow to $158 billion by 2022, the International Data Corp. estimates.1

But how much of those funds are well-spent? Cities are ill-equipped financially and structurally to adopt smart technologies without private-sector involvement.

The currency of the smart city is data, and cities must consider how they (and others) collect and use information. Rapid technological changes present previously unforeseen opportunities for the private sector to help cities deliver services and generate private profit using large mountains of newly available data. Predicting winners is difficult amid the maelstrom of change.

Data ownership and usage, privacy and security are only some of the unsettled areas. The private and public sectors both must think beyond the traditional infrastructure network and adapt to changes in real time in order to realize the vision of a truly smart city.

For centuries, cities leveraged technologies to improve life for their citizens. The development of mass transit and the replacement of open sewers with underground pipes in public rights of way come to mind.

Over the last 150 years, most municipal improvements have related to infrastructure because that is where government involvement has been required.

Cities acquired and developed networks. The greatest improvements came from technologies that networked cities for transportation (trolleys, subways, roads and buses), basic utilities (water and sewer), and more advanced utilities (electricity and gas, followed by TV/cable and, most recently, the internet).

Age and population growth have taxed these networks. Cities are now challenged to squeeze more service from existing infrastructure and find ways, often financial, to maintain and expand service delivery.

Technologies allowing cities to increase city services historically evolved over years, if not decades. The measured pace of technology development allowed for more considered deliberation in developing the networks. The contractual and legal structures could evolve after the technology had been “proven.”

So how do smart cities differ from the historic model? For one, they employ a new currency – data – and, more importantly, they face a rapid pace of change. Both factors minimize the importance of the public sector’s role in enhancing these networks and increase the private sector’s role in making a city smart.

Smart cities compile data and use technology such as analytics, cloud storage, the “internet of things” (IOT) and mobile solutions to deliver services more cost-effectively, especially through interconnected devices. Smart technologies offer cities the opportunity to expand their networks’ capacities, but the data is much more important than the network itself.

Moreover, the private sector, not the municipality, generally owns the software and only licenses it to the city. Hence, direct city involvement is not always necessary in the smart city.

The E-Z Pass system first deployed in 1993 offers an initial glimpse into how technology can expand a highway network’s ability to deliver transportation services more efficiently. The E-Z Pass system allows customers to travel through toll plazas in specially designated lanes where the toll is paid electronically using a small RFID electronic transponder from a pre-paid account, many times without having to stop and sometimes at near highway speeds. E-Z Pass is now used in 17 states and has dramatically increased the through-put on toll roads without adding lanes of traffic. Government is directly involved in toll collection.

Interconnected devices, be they publicly or privately owned, take the improvement one step further. These devices generate massive amounts of data and do not require direct municipal involvement. The Waze app and other navigation systems offer a case in point and remove the city from the paradigm.

Waze uses real-time commuter data to suggest the most efficient route to a driver’s destination. Neither E-Z Pass nor Waze increases the number of lanes on a highway. Both empower commuters to use existing infrastructure more efficiently, but Waze allows this to happen without government involvement.

Why the Internet of Things and 5G are Truly Different

The speed of change is only accelerating. 5G, or fifth-generation technology, is 100 times faster than 4G, which, combined with IOT, effectively puts computers on the network’s edge. For example, sensors can be employed in everything from lane lines (aiding autonomous vehicles) to trash cans (indicating they need to be emptied) to leak-detecting sensors that make water, sewer and drainage pipes self-monitoring.

New technology and the dramatic increase in real-time data availability explode the network paradigm, and 5G networks will exponentially increase the availability of real-time data. We are only scratching the surface of possible uses for the volume of data becoming instantaneously available.

The explosion of data available through a 5G network represents as great a step forward as the move to broadband. What’s different this time is that with computers and sensors integrated into the municipal infrastructure, new applications will be developed that we cannot even imagine today. Some advances, such as bike sharing, will require city cooperation and may come from partnerships between the public and private sectors. Others won’t need government involvement.

Technology generally improves efficiencies with a corresponding increase in private profit potential, at least for some. Consider how Uber has affected the value of government-issued taxi medallions. The result has been great for consumers and Uber drivers but less so for medallion owners and city licensing revenues.

Incorporating new technology into service delivery is not inexpensive. Assuming that 5G systems become a major data source, how will a municipality or private company obtain the rights to place the necessary towers for 5G sensors collecting data? Data, without the ability to analyze and apply it, is not very useful. Contracts between cities and private-sector companies need to recognize this truth.

The importance of data changes the municipal role in smart cities. Some traffic authorities use multiple traffic cameras along roads to assist commuters. Technology linking vehicles, smartphones and traffic signals can send data to roadside equipment that, in turn, sends traffic signal count information to nearby vehicles, warning drivers of potential hazards. Data can assist not only daily commuters but also evacuees fleeing an oncoming hurricane, and at greatly reduced cost compared with constructing new highways. Government traffic centers sometimes provide this service, but apps like Waze eliminate the need for traffic centers by providing the information directly to drivers in real time.

The pace and initial expense of technological change will require smart cities to work with private sector developers of new technologies. If a public-private partnership is involved, city taxpayers must be prepared to allow the private entity fronting the funds to earn an appropriate return. One recent survey found that most funding for smart city projects globally comes from national and state governments, while in North America, public-private partnerships are the primary source of funding. At this point, how that balance will be struck is anyone’s guess.

Citizens don’t always see the incremental improvements technology brings to the delivery of city services. Placement of sensors to notify garbage trucks when cans are full may improve collection efficiency (at a cost), but the result to the average citizen is the same – the garbage is collected. Justifying the cost of installing these sensors may be a difficult political sell when a cash-strapped city is faced with other pressing financial concerns.

Private sector companies trying to take advantage of opportunities afforded by developing smart city technologies need to identify their customers before trying to commercialize their technology. Is the customer the city or the consumer? For example, convincing individual consumers of the benefits of using a free (or low cost) app that will allow them to reserve parking spaces in a crowded urban center does not require a substantial initial capital investment. The purchase decision is made by the private consumer at relatively little, or no, cost.

On the other hand, convincing a city to invest tens of millions of dollars for a new lighting or smart transportation system are entirely different matters. In some instances, both the private and public sectors may be able to profit from new technologies such as possibly locating 5G towers on the supporting network for such systems.

Cities and companies need to give careful consideration to short-term and long-term contractual relationships, both in the context of current technology and anticipated technological advances. Of course, navigating the largely uncharted highway of technological advances is filled with unexpected twists and turns, with no GPS navigation to follow.

There is one time-honored municipal role that remains essential in the development of many smart city applications: security.

Use of smart city technologies and collection of date can raise serious privacy concerns. Many citizens want smart cities to use the best available technology to keep them safe. Data-collecting cameras and cell phones can help police track individuals and record their activities. The efficacy of many current GPS programs depends on a user allowing the program to access his or her location. The utility of the program depends on the program’s accessing this information. The data allows the user to avoid traffic jams or visit merchants whose goods may appeal to the user. That data has considerable value to the private retailer.

In March 2019, bipartisan legislation was introduced in the United States that would strengthen consumer protections by prohibiting commercial users of FR from collecting and re-sharing data for identifying or tracking consumers without their consent.2 The Commercial Facial Recognition Privacy Act of 2019 would require third-party testing and human review of facial recognition technology designed to correct accuracy and bias issues. Providers would have to meet data security, minimization and retention standards.

Are we comfortable with the use of these techniques by cities or private companies or should they be limited by privacy concerns?

Similarly, underestimating a smart city’s vulnerability to cyberattacks is a recipe for disaster. The distinctly non-technological 2017 collapse of one bridge on I-85 in Atlanta impacted 250,000 daily commuters and gridlocked portions of the city for months.3

Imagine the impact of a cyberattack on a city whose transportation or water system depends on 5G technology. A smart city must not only pay for the cost of installing smart technology, but also the cost of protecting these applications from cyberattack. Stacking the new 5G data technology as a layer on top of the original infrastructure network in such a way that the tech-layer could be de-coupled from the network in the event of a cyberattack (much like one can protect an on-site computer network that controls an on-site operation by de-coupling it from the internet) could be one way to protect basic services delivery in a smart city. However, such decoupling could seriously undermine the technology’s value to the city. At this point, we simply do not know how the technology will evolve.

As we enter the smart city era, the relationship between the public and the private sectors is evolving. Understanding how we can adapt to the often blazing pace of change accompanying new technology will determine whether we participate in (i.e. – profit from) this evolution as cities become “smart,” or just observe as they decide just how smart they are willing to become. •