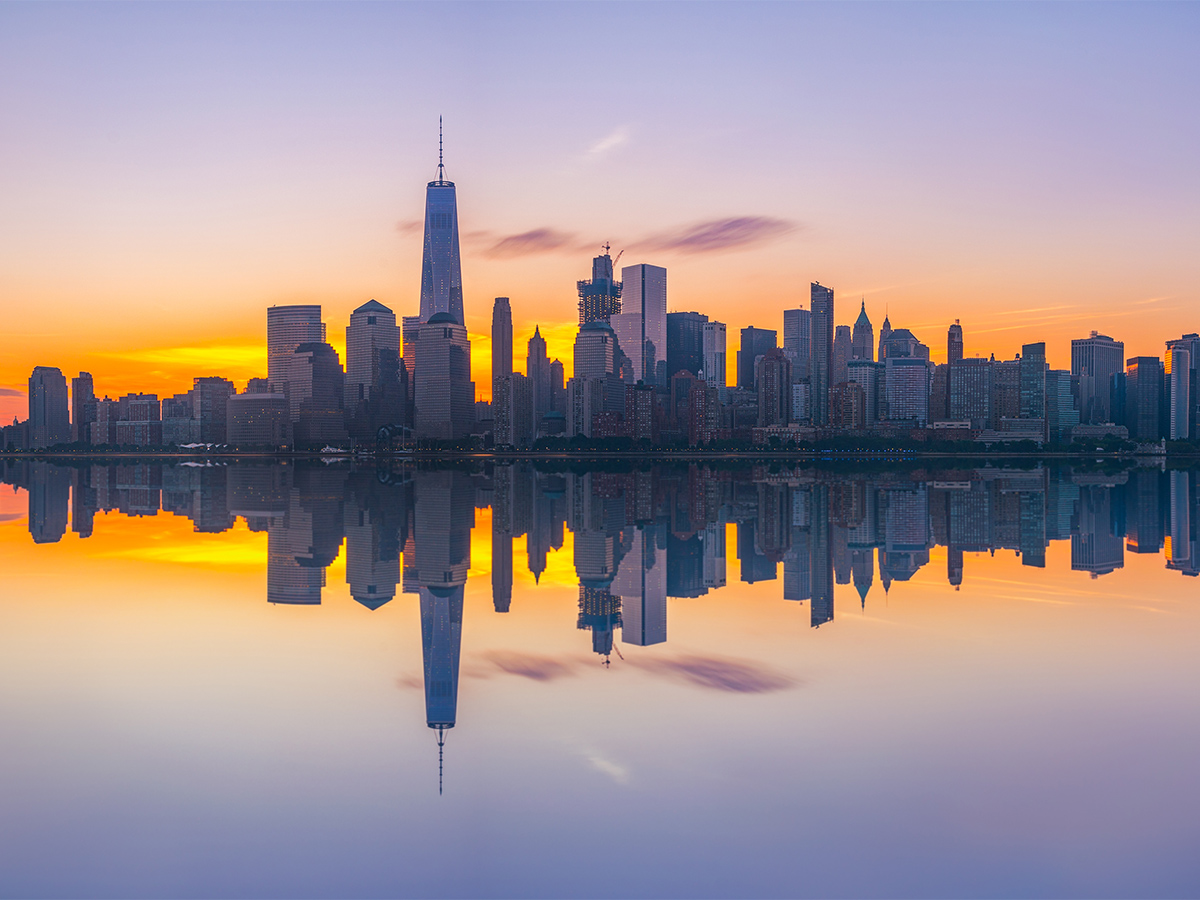 “You can never step into the same river twice, since the river keeps changing and you keep changing.” The ancient Greek philosopher Heraclitus could have been referring to New York. He would have understood an evolving New York in an alarmingly transforming world.

Pre-pandemic New York was the financial, cultural and media capital of the world. “Wall Street”, “Broadway” and “Madison Avenue” were generic names for their respective fields; the city’s mutually-supportive institutions—academic, cultural, philanthropic—were unparalleled; and its tourist attractions the world’s most visited. It was home to the world’s largest number of billionaires (over 100); 127 Nobel laureates were identified with local institutions; and France’s Guide Michelin noted the city as home to “nearly one thousand of the finest and most diverse haute cuisine restaurants in the world.”

Zoom, Google Hangouts and broadband have changed work life in ways FaceTime didn’t, giving citizens freedom of choice of where to work and where to live. This has jeopardized the character and attributes of the nation’s downtowns, as work-at-home and shared-desk employees require significantly less office space. Now that we’ve all seen each other’s kitchens, family rooms and even bedrooms during business meetings, the idea of impressing a business connection with an expensive office seems silly (or seems, at a minimum, very mid-twentieth century).

When international financial giants such as HSBC estimate they will require 40% less office space in the future, the worrisome implications are clear for New York City’s existing 500,000,000 sq. ft. of office space and for the livelihoods of those individuals providing office occupants with goods and services.

Fresh insights and expectations are required by visionary yet pragmatic leadership contemplating a re-invented, contemporary New York reflecting the technology of our times.

Our challenge is to adjust constructively to the “new normal” and to consider the painful trade-offs that must be made by all high-cost, high-tax cities now threatened with office downsizing, online retail sales and automated services.

In the years ahead individuals, companies and industries will locate in New York because they choose to, because the perceived value and benefits they receive—the contagious dynamism, the creativity and spirit of enterprise and innovation, the clustering of mutually-supportive colleagues—are worth the higher taxes and living cost New York requires.

In an emerging world in which those being taxed can freely choose their city, their state, their nation, it can no longer be assumed that a political jurisdiction can meet its expenses by “taxing the rich”. Value must be received by those whose finances support the city, or they can choose to leave, taking their taxable incomes with them.

More constructive and creative approaches to our problems are possible, making more effective use of our present assets and our vast pool of human capital; and we must take those steps which, in both the short term and in the longer run, benefit everyone, especially the most disadvantaged.

The most obvious subjects demanding attention are:

Threatened with diminishing demand for New York’s 500 million sq. ft. of office space, 140,000 hotel rooms and 270 million sq. ft. of retail—and with a painful and growing shortage of housing—our conversion of the surplus to meet the shortage is a no-brainer. Two million sq. ft. of antiquated, low-quality office space can be quickly transformed into thousands of apartment units, as soon as appropriate (and necessary) re-zoning, land use and density control regulation changes are implemented. With government leaders giving this the attention it requires (and justifies) huge amounts of outdated office space, excess hotel rooms and redundant retail facilities can be transformed into housing; and surplus hotel rooms can be converted into badly needed hospital facilities.

Reducing our notoriously wasteful and inefficient City and State government operating costs (among the nation’s highest per capita).

Detailed and extensive studies by such respected groups as the Citizens Budget Commission, the Manhattan Institute and others portray New York’s “highest in the nation per capita” governmental costs as an unnecessary collective luxury we can no longer afford. From 2001 to 2019, they report, New York City’s full-time civilian staffing grew over 20% vs. 8% in cities nationwide (while police, fire, correction and sanitation personnel in New York were reduced). The Mayor’s office staff increased by 36%, the Law Department by 38%. Per fulltime employee, costs increased by 92% vs. a 44% inflation rate and a 55% increase in private sector wages.

Many excellent specific suggestions for cost savings and performance improvement are presented in “Trimming New York’s Budget Bloat”, an impressive late-2020 report by the Manhattan Institute. They propose automated garbage trucks, private contractors providing school lunches, ambulances rather than fire engines used for medical emergencies, elimination of public school “absent teacher reserves”, and much more. The proposal I like best is the elimination in New York of the office of Borough President and their expensive staffs, which serve no purpose and have no counterpart in any other city. What these reports call for is sophisticated thinking, political will and effective public leadership.

Tourism; high technology and life science development; cultural, entertainment and media enterprises; higher education; scientific research — all are formidable assets that must be more effectively promoted and sold to a world public who can send us even more visitors, investors, students and potential new residents bringing us the best of the outside world.

Our pressing need for additional housing is increasingly seen as conflicting with long-held concepts relating to permissible building height, scale, density and relation of new development to existing neighborhoods. What and how much new construction is built, where, by whom, with what financing and for whose occupancy are questions increasingly open to examination and discussion. Fresh thinking about antiquated zoning and land use controls, possible sale of air rights, outdated processes like ULURP (Uniform Land Use Reform Procedures) and other limitations are overdue.

Remedial steps to repair the frightful state of our physical infrastructure

U.S. infrastructure generally is rated C -minus by the American Society of Civil Engineers, but NYC’s is worse than the rest, they report. Our bridges, tunnels, airports, damns, subways and water systems are not only inefficient and uncomfortable but dangerous, and billions of dollars are required imminently. Our leadership is aware of the problem; they discuss it but fail to act.

Serving our homeless and mentally disturbed

Every night approximately 4,000 New Yorkers sleep on the street or in subways, with a further 80,000 in various shelters. They are imprisoned more often than hospitalized, with few receiving necessary treatment. The financial implications of these suggestions are serious, but they must be faced pragmatically and realistically, with a full awareness of the painful trade-offs that will be necessary.

Those state legislators and others calling for substantial tax increases must understand how the real world works. Financial transaction taxes, higher personal and corporate levies and death duties, as well as further duties on previously taxed wealth, all evoke reactions. That Goldman Sachs is actively considering moving its Asset Management Department to Palm Beach or Ft. Lauderdale, that the President of the New York Stock Exchange has recently said that “they have not yet” decided to move to Texas, that NASDAQ is being actively wooed by Florida with an array of financial inducements—all are being widely discussed. And such steps would hurt all New Yorkers, rich and poor.

We do not have the luxury of failing to respond proactively and effectively to the challenges of the day, at the risk of not fulfilling our moral obligations to those who came before us and to those will follow. America’s most perceptive foreign observer, Alexis de Tocqueville, noted that “the greatness of America lies not in being more enlightened than any other nation but in her ability to repair her faults.” He valued our concept of “self-interest rightly understood” as our working for the common good.

May our city and state leadership apply his wisdom today. •

Do you disagree with the author’s conclusion? Have a different opinion or point of view? Please share your thoughts with REI, or better yet prepare and submit a manuscript for publication by emailing the Real Estate Issues Executive Editor (or Board) on this article to rei@cre.org.

Regulatory Uncertainty was listed as the #8 issu