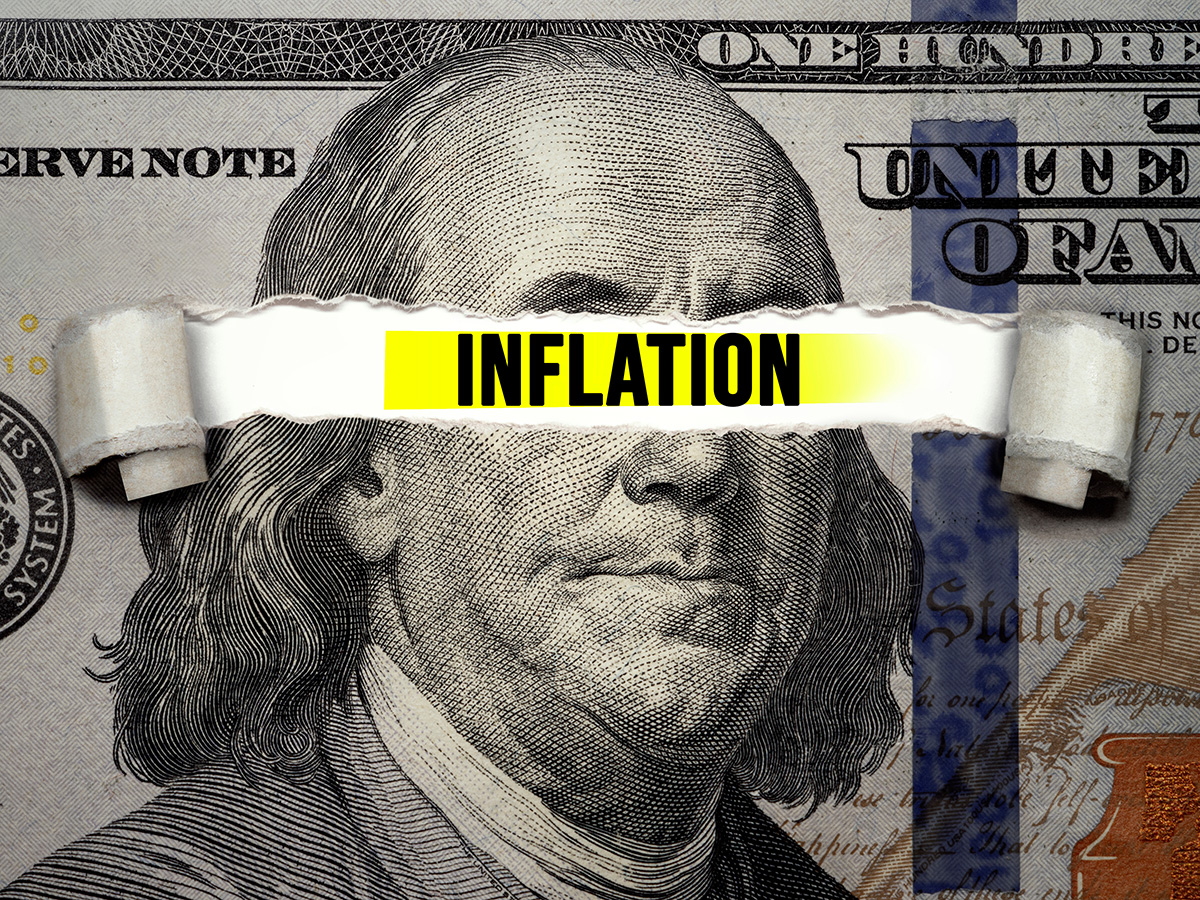 Inflation and Interest Rates was listed as the #1 issue in the 2022-23 Top Ten Issues Affecting Real Estate® by The Counselors of Real Estate®.

“The proximate threats to continued economic growth remain the pandemic and policy error.”

Having focused on its mandate for maximum employment, the U.S. Federal Reserve is now singularly focused on inflation. Combined with sustained geopolitical risk and vanishing fiscal stimulus, tightened monetary policy will place upward pressure on cap rates and market volatility. Real estate transaction volume will, however, likely remain vibrant for the next year. The proximate threats to continued economic growth remain the COVID-19 pandemic and policy error at the U.S. Federal Reserve.

When teaching an honors finance course in fall 2019, I told my students that an inverted yield curve probabilistically predicted an economic recession in the next 12 to 18 months.  In early September 2019, the curve stood at -50 basis points (bps).  It had been negative since late July and would remain negative until early October.  The Fed was also intervening in overnight lending markets.1  Simply put, the U.S. economy’s longest recorded economic expansion was ending before COVID-19 entered the lexicon.

The Impact and the Response

Initially a demand shock, COVID-19’s impacts persist.  First-time claims for unemployment insurance (UI) skyrocketed, and between early March and early June 2020, over 40 million Americans filed first-time claims.2 The unemployment rate quadrupled between March and May 2020.  By the end of Q2 2020, real output was contracting by nearly 10%.3  During the pandemic, market volatility exploded to levels not seen since the global financial crisis. 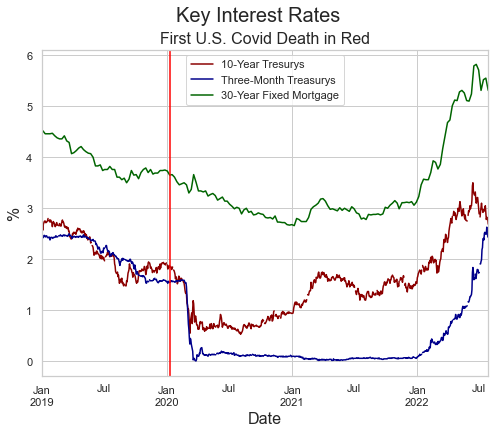 The magnitude of the crisis drove a substantial policy response. Fiscal policy included extended UI payments, the 2020 Paycheck Protection Plan, and the 2021 American Rescue Plan. Focusing on direct cash infusions to support consumption, this response amounted to a quarter of annual U.S. GDP.4  The Federal Reserve lowered its overnight lending rate to zero and more than doubled its balance sheet with asset purchases. The 10-year U.S. Treasury fell to an historic low of 54 bps in March 2020, and the average 30-year fixed residential mortgage fell to approximately 270 bps.

Durables Drive Inflation and the Pivot

With the Fed’s dual mandate of maximal employment and price stability, its initial focus was labor markets, which have largely recovered.  It has now turned to price stability, signaling substantial rate increases in the medium term, including the recent increases in the FFR.  It has also announced a “run-off” in its balance sheet.  Both policies will place upward pressure on long-duration Treasuries, as well as cap rates (absent an offsetting increase in demand).

[3] The advanced estimate for Q1 2022 showed a slight contraction based on inventory reduction.

[5] The 10-year break-even rate is the difference between the 10-year Treasury and Treasury Inflation Protected Securities (TIPS).  It serves as an indication of markets’ inflation expectations over a 10-year horizon.

Supply Chain Disruption was listed as the #4 iss

Hybrid Work and the “Great Decentralization”: A Correction Towards Resiliency?

Hybrid work was listed as the #3 issue in the 20

Geopolitical Risk was listed as the #2 issue in