To say the Consulting Corps Team has given us much to consider and evaluate for the future would be a gross understatement. They asked the tough questions, interviewed more than 50 people, and worked very long hours. Words like “creative, innovative, on-target, and tremendously detailed” were common descriptors of the Team and their work given by those attending the exit briefing. 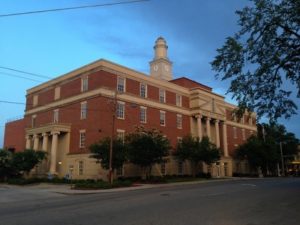 The Central State Hospital Local Redevelopment Authority was established to oversee redevelopment of the vacated Central State Hospital (CSH) campus in Milledgeville, Georgia. At its height in the 1960s, CSH held nearly 13,000 patients and functioned as a small city with its own fire and police departments, school programs, and steam plant. In 2014, the 2,000 acre site’s 200+ buildings were in various stages of disrepair raising concerns about preservation of the historic Victorian buildings before disrepair might makes them impossible to save. The property has many unique features, including a 90,000-square-foot kitchen—one of the largest in the world—and cemeteries where thousands of patients were buried with only numbered stakes as grave markers. 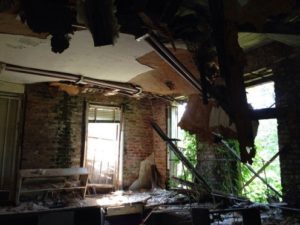 The CSH Local Redevelopment Authority (Authority) sought strategic assistance from the CRE Consulting Corps to craft a redevelopment vision. The Authority recognized that strengths of the property included natural beauty and proximity to higher education institutions. They saw the site’s major weaknesses as its somewhat isolated location within the state, a lack of industry in the area, and its contamination and reputation stigma. The task facing the CRE Consulting Corps team was to determine the highest and best use of the 2,200-acre site. While highest and best use is usually defined in terms of dollars or profitability, the state and local leadership overwhelmingly favored job creation over tax revenues. 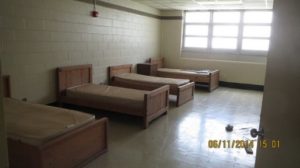 In January 2014 CRE Consulting Corps leadership visited the site to meet with key stakeholders and define project scope.  The team leader travelled to the site in April to meet with the Authority staff and leadership to finalize on-site arrangements. In June the five-member Consulting Corps team assembled in Milledgeville for six days. The team reviewed thousands of pages of documents. They interviewed more than 50 stakeholders (often more than once) that included college presidents, Authority board members, state and local public officials, college students and even the wait staff at local restaurants where they dined. They inspected the property and surrounding areas on foot, by air, and from the water. The team visited and revisited the property, including on foot when paved and unpaved roads ran out. 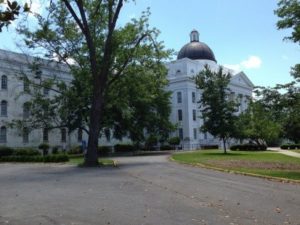 The team left the Authority with a 90-day action plan: (1) develop a Memorandum of Understanding with city, county, and other stakeholders documenting commitment and actions for goals; (2) propose special legislation for incentives to encourage businesses to relocate; (3) identify the best conveyance structure to ensure incentives remain with the employer or tenant; (4) develop a tenant improvement/construction financing package with lenders; and (5) start the strategic planning effort—guided by goals and measures. 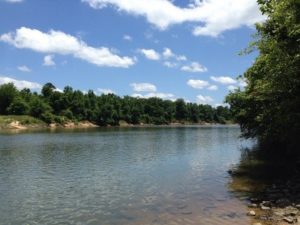 With development of a new highway south of the property, the team’s fresh perspective recommended relocation of the property’s main entrance. They suggested integrating the adjacent state forest into the overall development package. They urged the Authority to exploit the natural physical amenities of the entire tract, including its unpolished gem of more than 18,000 feet of pristine navigable river frontage. The team provided both near term (within the next two years) and long term building, land use and financial recommendations.

The team left the Authority with “big picture” suggestions to capitalize on the prospects of highest and best use, including an outdoor concert venue, waterpark, equine center, and conference center.

As of December 2019, the Authority, renamed Renaissance Park, has made remarkable strides in redeveloping the site, including advancing key state legislation, attracting new businesses, and fostering job creation having moved forward with implementing the team’s recommendations. Outcomes include creation of a geriatric care facility, a Youth Challenge Academy operated by the Georgia Guard and Georgia Military College, and an agribusiness development center. There are more than ten business entities on the CSH campus; more than 500 jobs have been created; and more than $44 million has been invested.

“Volunteering for the CRE Consulting Corps is such a great way to make a difference. I love this opportunity to assist an organization that could not otherwise afford the expertise we provide.” 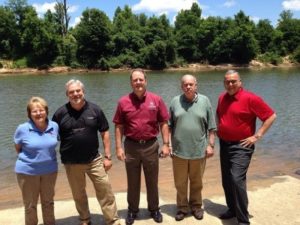